Xiaomi is known for making best budget phones that offer us excellent specs on a budget from their very beginning. The company managed to break out of their budget segment shell and introduced the flagship Xiaomi Mi 10 series, which people accepted.

But are you to take this to another level and purchase a Xiaomi smartphone that costs you a lakh?  This is what the Chinese company wanted people to determine whether this costly Xiaomi phone will be meaningful or not. Also Read: Xiaomi’s concept phone to comes with portless design and waterfall display,

One lakh for Xiaomi Phone?

Xiaomi CEO Lei Jun published a survey on the China-based micro-blogging website Weibo asking users if they were interested in a Mi Phone priced CNY 10,000. On conversion in INR this converts into over one lakh. According to question, are you willing to pay over one lakh for a Mi Smartphone?

The survey post doesn’t suggest that Xiaomi will launch this much costly device. The company is simply asking the audience if they will go for a costly phone. However, The company will follow the trend set by the Mi 10. Also, The post offers no clues about the first Xiaomi phone that could be so pricey. Yet, it asks people about their opinion to how the device should look if it is over a lakh.

In terms of such a high price Xiaomi phone we have more questions than answers. Although we have certain clues regarding such high price phone. Often it could be the company’s first foldable smartphone that will cost over a lakh. Xiaomi’s Foldable Smartphone had appeared in gossips several time in past.

The company has previously teased its foldable smartphone and also tons of leaks regarding it had appeared on various other websites. Yet, we never got any official confirmation about this phone. This survey could be one of the hopeful clue in regards and soon we can see a foldable Xiaomi device coming to reality.

It is assume that the CEO, Xiaomi will reveal more details on this topic on February 7 during his Chinese New Year address to the Mi fans. We might finally receive some exciting news regarding this. Also Read: Xiaomi’s 2021 Mi 11 to cost higher than anticipated?

So, are you going to ignore the “Budget King” image of Xiaomi and see it as the one that makes premium phone makers? Will you buy this one lakh rupees Xiaomi phone? Let us know in the comments section. 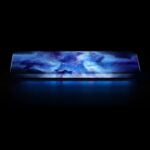