Apple is planning to launch the highly-anticipated Apple Watch Series 7 later this year. The upcoming Series 7 smart watch has been leaked a lot many times. These leaks give us hint about how the next gen smart watch will look like. The recent leaks also give hints about both the Watch Series for 2021 and 2022 Models.

Recently, a report from Bloomberg highlights some of the most expected features of the Apple Watch Series 7 and Series 8. According to a report from Bloomberg, the next year’s variant of Apple Smart Watch will be called as the Apple Watch Series 8. This upcoming smart watch series could launch with a variety of health-related features. These features will be introducing for the first time with any Apple smartwatch Series. The company’s Watch Series 8 could launch with body temperature monitoring. This means that it can help people by measuring their body temperature in case of feeling unwell.

Beside body temperature monitoring, it will also get additional ability to measure blood pressure, alcohol level and blood sugar level. These additional features were already rumor with the previous versions also. Unfortunately, these features will not make it to this year’s Apple smartwatch Series 7. This does not mean that Watch Series 7 will not have any new features. Let’s discuss about some of the new features on Apple Watch Series 7. Also Read: Realme Watch 2 Pro launches in Malaysia, comes with 1.7-inch display, 90 sports modes

The all-new Apple Watch Series 7 is likely to launch with thin bezels. It will get a new lamination technique. This new technology will leave a little space between the glass and the touch screen. Additionally, the new smartwatch is also likely to get an improved ultra-wideband (UWB) connectivity. Keep in mind, this is not the first time, when the Watch Series 7 has been leaked online. Previously also, the leaks give some of the hints about the looks of Apple smartwatch. The 2021 Watch will launch with a slightly different design from the previous generation smartwatch. 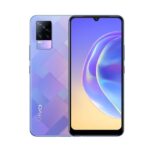 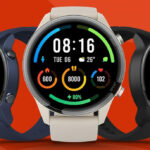