The iPhone 12 Mini is one of the most powerful compact smartphone of 2020. Looking towards it’s popularity, Asus has now decided to launch a rumored compact smartphone. According to leaks, Asus is working on a compact version of rumored ZenFone 8 series, which is likely to launch in 2021. The smartphone is likely to be called as Asus ZenFone 8 Mini. According to speculations, this ZenFone 8 Mini is likely to feature a Qualcomm’s Snapdragon 888 chipset along with flip camera mechanism inside a compact sized display. All this hardware will be fitted into one compact body.

According to XDA Developers, Asus is planning to launch three versions of Asus ZenFone 8 series. Out of these three models, the compact version is likely to be ZenFone 8 Mini. The Mini variant is likely to feature a 5.9-inch OLED display, 120Hz refresh rate and more. For raw power, the smartphone will stick with Qualcomm Snapdragon 888 SoC. Additionally, a Flip camera mechanism is also possible in the smartphone.

The rumored Asus ZenFone 8 series is likely to feature a compact variant in form of ZenFone 8 Mini, which was missing in earlier generations. This ZenFone 8 Mini is likely to feature a 5.9-inch OLED display along with 120Hz refresh rate. If True, this will be the first premium smartphone of 2021 with a screen size under 6-inches. Currently, the average display size in Industry is 6.7-inches. Also Read: Asus ZenFone Mini could be the next affordable premium smartphone from Asus

With this compact size, Asus could use the form factor of Asus ZenFone 6. Additionally, the smartphone could offer fullscreen along with narrow bezels. Also, this Flip Camera system could allow Asus to avoid any kind of display cutout. This Mini variant comes with a codename of “Sake“. The smartphone is likely to feature a pair of camera at the back. According to reports, one of the camera at the back is a 64-MP main sensor and another is unknown sensor which comes with Sony IMX663 sensor.

This rumored smartphone will feature a 6.67-inches of OLED Display. For cameras, the smartphone will come with quad-rear camera setup instead of dual camera which will be present on ZenFone 8 Mini. These quad camera compromises of a 64-MP main camera, there’s a 12.2-MP secondary camera, an 8-MP telephoto camera, and another 24-MP camera. It is currently unknown if the last sensor is from the front or is part of rear camera.

Under ZenFone 8 series exist one more model with a codename “Vodka“. The details of this phone is unknown at the moment. All these details are just rumors. Therefore, We have to wait and watch if Asus will bring a Mini variant alongside mainstream ZenFone 8 series. Stay connected for more updates on this ZenFone 8 series. Also Read: Asus ZenFone 8 Series complete specs leaks 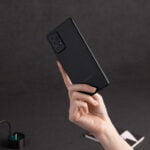 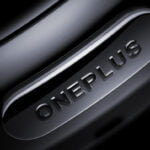