Facebook has officially confirm about the launch of its audio based Clubhouse rival app. The Social Media giants has already launch the public beta testing for this audio based social media platform. This is reportedly called as Facebook Live Audio Rooms. Now the social networking giant has official confirm that it will be launching this upcoming service in this Summer.

Recently, the company made announcement about its multiple products. During this announcement, the company laid emphasis of audio based contents over images, videos and text. However, Facebook do confirm that this feature will be made available to only small number of users initially. But, later it will be made open for all in next few months.

The Social network giant Facebook confirms that Live Audio Rooms feature will be first rolled out to public figures and other groups for testing purpose. Eventually, it will land on Messenger for other users. The company claims that with Audio Rooms feature, user can easily record their voice and share it with other followers. This feature will be helpful for Content creators. These content creators can charge the users for accessing their rooms for all the exclusive content.

Facebook also added that they will be soon introducing an Audio Creator Fund. This Creator Fund will support all the emerging audio creators. The company claims to roll out a new feature in near future. Using this feature, most of the audio-based conversations can be turned into audio bytes. Such audio bytes will be called the short audio clips. These short audio clips will be back by an algorithmic feed to promote them. This will be like the content which one might have seen on short-video making app like TikTok.

Additionally, Facebook will be also adding “Soundbites” feature within the News Feed. It will allow users to record audio using separate tools on Facebook. Meanwhile, Facebook CEO, Mark Zuckerberg also supported this audio based platform. In the support, he shares that he personally likes audio over video or image. This is because it gives users additional option to multitask and host longer sessions.

Beside, Facebook Live Audio Rooms, The Social networking claims that they have some big plans for starting their podcasts. Facebook says that it will start recommending users based on their interest. It will also allow users to add comments to that content. Additionally, it will also suggest them to recommend it to their friends also. Talking about the numbers, Facebook claims to have more than 170 million active users on the platform. These users are connected to a page that is specifically like to a specific podcast. The company also confirms that more than 35 million users are member of such podcast groups. Therefore, Facebook is seeing these numbers as huge opportunity.

Facebook CEO, Mark Zuckerberg also confirms that Facebook might announce its partnership with Spotify for this new podcast feature. Additionally, Facebook will also allow users to stream music directly from Spotify on their News Feed. Also Read: Facebook Sparked, is a dating app that will allow people speed date on video call during covid-19 pandemic 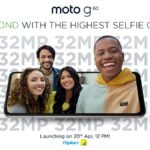 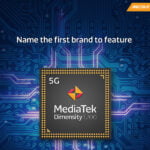