TikTok started first with unique editing tools. Later Instagram copied these feature. Now, is the turn of Facebook to get these features. If you put multiples stories on your Instagram account, then you must know about Green Screen tool. Now for Facebook Stories, the social media company is bringing new editing tool in form of Green Screen. With Green Screen uses can now change the background in their stories. As the name suggests, it lets users to make modifications in the background of their stories.

However, the tool borrows same effect name as available on Instagram. This effect is currently under testing phase and is available for only select users. This Green Screen editing tool was first spotted by Mamun Billah, a twitter user. He also shared the screenshot of the same effects. However, Initially, this feature is currently in the testing phase and is available only to select users. Once the feature rolls out Globally, it will allow users to add Stories with different backgrounds.

The feature will be accessible to all the users in later days in a very simple way. Users who wants to use advanced effects on their stories can use this Green Screen feature. One the feature rolls out globally, then users can access this feature by following these steps:

Initially, this feature was develop by Facebook own Instagram. To recall, Instagram also offers Green Screen, but as an effect and not as tool. Users can access Green Screen from the Instagram’s vast library of effects and filters. However, the resulting story will be similar in both Instagram and Facebook. Also Read: Facebook launches BARS, a TikTok alternative for rappers

According to leaks, Facebook introduced a feature for content creators to recommend their Reels on Facebook. This Reels feature shows a lot of Short Videos which are done in Instagram Reels style. However, Facebook still does not allow users to directly record Reel-style videos from app itself as it does not have any option available for this. Additionally, Few days back Instagram also revealed a new feature in which Adults cannot send direct messages to youngsters unless they follow each other. If any adult tries to send message, Instagram will send a prompt message with the information about inability to send message. 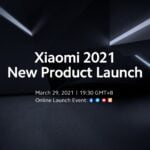 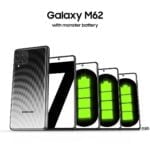