A long due game, FAU-G action game launches in India for all the gaming fans out there. The FAU-G action game is a made in India action game that will try to fill the gap created by PUBG Mobile in the Indian gaming industry. The action game is launched only for Android devices. Although, it will be available to iPhone users at a later date. However, There is no specific timeline for the release of game on  iOS has been announced. The nCore games has now official registered more than four million registrations on Google Play.

FAU-G is a shooting game with a Made in India tag. The game is develop by Bengaluru-based nCore Games that “pays tribute to the heroes of our nation’s armed forces.” In this game, the players will work as a “Special Unit of FAU-G Commandos on Patrol in Dangerous Border Territory.” The game revolves around “real-world happenings“. Currently, the developers has added only one chapter in the game which would be based on the Line of Actual Control (LAC).

Initially, the game has been launch in three languages, including English, Hindi and Tamil. The company is Bengaluru-based nCore Games, has announce that FAU-G will come in more regional languages in the coming months. Currently, FAU-G is available on Google Play Store and one can download the game directly from there. This is the initial edition of the game which is currently being launch by the company. They are likely to add additional game modes and enhancements in the next few months via updates.

Currently, the action game is available only in story mode with very few and basic options. Previously, the company said that they didn’t wanted to make any mistake regarding the launch of the game. Hence, they wanted to keep things to the basics for now. User may found initial version of this game to be bit boring and slow. Since, Initially there are no weapons  or guns available, which may make the game bit more interesting. However, by moving levels up, players can collect the weapons from their rivals after killing them.

The game also covers basic options like volume up or down, GPU settings, etc. There are many ways to buy and utilize these weapons, but they are very expensive relative to other action games. User may not find as much weapons unlike in PUBG Mobile, where users can get different and unique weapons.

The company has release only first episode. The first chapter associates with the Galwan Valley episode between Indian and Chinese army that occurred last year. In FAU-G game, players are mainly requires to fight the Chinese army or the enemies, to save the Indian army men trapped on the other side. 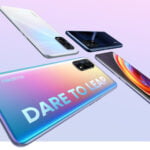 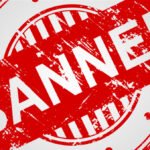