Samsung is soon likely to launch the Galaxy M32 smartphone under Galaxy M Series. Already there are multiple leaks and rumors about this upcoming Galaxy M Series phone. As per recent report, the smartphone’s support page has gone live in India. This means that smartphone could launch in India earlier than expected. The report comes after the phone received the BIS certification. Additionally, the Galaxy M32 phone has been listed on Bluetooth SIG and Wi-Fi alliance certification website. All these listings hints at the phone’s imminent launch. Also Read: Samsung Galaxy M32 spotted on BIS, to launch in India soon

The all new Samsung Galaxy M32 phone has appeared on the Samsung India’s official website. The support page for the Galaxy M Series device has been spot on the Samsung India website. The upcoming Samsung device comes with the model number SM-M325F/DS. However, there is no details about the key features and specifications of this upcoming smartphone. But previous leaks and rumors does give some hints about the specifications of this upcoming Galaxy M32 phone.

To recall, The Galaxy M32 is likely to succeed the Galaxy M31s smartphone. The successor has recently appeared on Geekbench, the benchmarking website. This website gives some hints at the possible specs of the upcoming smartphone. The latest Samsung Galaxy M32 could launch with MediaTek Helio G80 chipset. The device is most likely to run on Samsung’s own custom One UI 3.0, which will be based on Google’s Android 11 OS. As for the camera configuration, the phone is likely to come with 48-MP rear camera setup. The smartphone will feature a Super AMOLED display along with higher refresh rates.

The all new Samsung Galaxy device will pack in a bigger 6000mAh battery along with 15W fast charge support. Additionally, the device will come with up to 8GB RAM/ 128GB of native storage. The upcoming Galaxy M Series device will most probably launch with 4G Connectivity only. As for the price details, There is no concrete details about the Samsung Galaxy M32 price. However, rumors claims that the upcoming Galaxy M series device is most likely to fall under Rs 20000 price bracket. Also there is no official details as to when the smartphone will makes its official entry in India.

On the other hand, Samsung recently launched its all new Samsung Galaxy M42 5G phone under Galaxy M Series. This will be the another smartphone which will make it in the Galaxy M Series. The Galaxy M42 5G is the company’s first affordable budget 5G phone. This device comes with a Super AMOLED HD+ display. The device is power by Qualcomm Snapdragon 750G chipset. The other specifications of this Galaxy M Series device includes a 48-MP quad rear camera system, a 5000mAh battery, an in-display fingerprint scanner and much more. 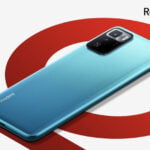 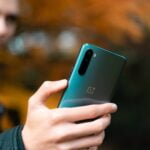