If Google continues to carry forward from last year, this month is the first Android 12 Developer Preview. According to leaks, Android 12 mock-ups shows the Google operating system’s major visual redesign. However, Google is yet to announce anything officially on the Android 12 front.

According to a report from 9to5Google, Last month Google was working on an in-depth theming system for Android 12. These design concepts from RKBDI were reportedly leaked via XDA from Google briefings with OEM partners. There is a new interface and some new privacy features that Android will be proud of this year.

In this early draft, Android 12 gives us a glimpse of all the new stuff coming to us. Also, some Fresh widgets, a radically revamped UI, and some privacy features inspired by iOS 14 are present in upcoming version of Android. Here, Google looks like taking loads of Samsung’s One UI inspiration for its next Android iteration.

The screenshots reveal a design that carries resemblance to Samsung’s One UI 3.1. Hence, The design comes with all the UI elements as well as several widgets. The icons have a new minimalist theme and all menus have an opaque sand color theme. Also, The Google Sans font is used throughout the system.

According to video,  the first mockup shows several “Conversation” widgets for “Recent messages, missed calls, or activity statuses“. The conversation widget features the sender’s profile image and message preview. Overall, these widget reveals how Google plans to develop a people-focused operating system this year based on Android 11 footsteps. 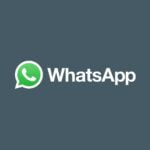 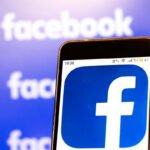