Google has officially released Google Chrome 90 stable version update. This update is available for both of its mobile and desktop browsers. The company has brought multiple new features and changes with this new update. With Google Chrome 90 update, the company provides support for the AV1 codec. This codec allows optimization of video conferencing with WebRTC. Additionally, this update also allows adaptation of HTTPS over HTTP protocol. Beside these features, company also renamed the Feature Policy to Permissions Policy in this new update. The latest update also allows the ability to hide Reading list and also prevents overflow using overflow:clip. The company has officially announce this update via blog post on its Chrome Developers Blog.

The all new Feature Policy API has also been rename as the Permission Policy. This new policy rename will allow users to selectively enable, disable, and modify the behavior of particular APIs and some web features in the browser. Each API can be separately modified with this new Google Chrome 90 update.

The latest Google Chrome 90 update also brings an inbuilt redirect protocol for all the websites. If a user does not specify protocol, then all the websites will be redirected to use HTTPS protocol instead of HTTP. Keep in mind, HTTPS protocol protects all the communication and information present in users’ computer while browsing on internet.

This Google Chrome 90 update will also allow users to hide the Reading List without using chrome://flags tag. This feature can be access directly from Bookmark Bar. Users can right-click on the Bookmark Bar to access this feature. At the end of drop down menu, an option of Show Reading list can be access.

The Chrome 90 update also brings major upgrades to the CSS Overflow. This feature will allow developers to use overflow:clip. This clip feature will allow to prevent any scrolling inside the CSS box. Additionally, the feature also brings addition of Decorative Shadow DOM feature. This will help in better rendering of server side rendering of HTML. 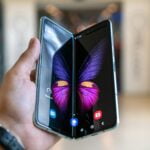 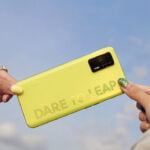