According to sources, Google inform its user via an official email stating that “you’ll have to uninstall all your data on Google Play Music” until the 24th of February 2021. Google says that all the data will be deleted including users’ music library with all the uploads, previous purchases and anything they have added from Google Play Music.

Additionally, YouTube Music is also providing a feature to ease the transfer. This feature enables content to be transferred within a few steps from Google Play. User can also download a copy of their music through Google Takeout. Also they can upload their data to YouTube Music.

To recall, Google Play Music launched in 2011 and mixed music elements of iTunes and Spotify. The service allowed users not only to stream music but also purchase tracks from the music store. The app was an excellent substitute to other established apps like iTunes, Spotify. But it failed to compete against the likes of Spotify and Apple Music.

The End of Google Play Music will always be a big loss. Previously, The service existed alongside YouTube Music, which has now replaced it completely. Also Read: Google working on anti-tracking privacy feature for Android

The Google Takeout app can be use to transfer data. User can transfer data such as the music libraries and playlists and more through this Google Takeout App. However, the users can still not transfer the podcasts. Also Read: Will you buy 100000 Rs phone from Xiaomi?

Google advises re-transferring the data to YouTube Music, for any modification made in music library to keep it up-to-date. Google in the blogpost said, “If you do not want to access Google Play Music account or YouTube music, we will be sure to cancel your subscription once your billing cycle ends, thus you will not be paying for any subscription”. 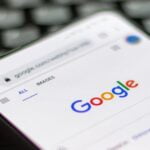 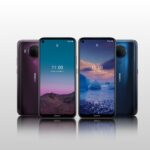