The Honor Magic 3 price in China starts at CNY 4599 which is approximately Rs 52800 for the base variant. The base variant comes with 8GB RAM and 128GB of onboard storage. The other variant with 8GB RAM and 256GB of storage comes for CNY 4999 which is approximately Rs 57300. The new Honor mobile comes in four colour options. These includes the Bright Black, Dawn blue, Glaze White and Gold colours.

All the three models are available for pre-orders in China. According to official reports, the first sale will commence on August 20 in China. Meanwhile, The Chinese smartphone makers has not shared any concrete information about the international availability of Honor Magic 3 series.

The standard variant of Honor Magic 3 runs on the company’s own Magic UI 5.0 skin. This Magic UI skin is based on Android 11 operating system. The device features a 6.76-inch Full-HD+ OLED display. The display gets a screen resolution of 1344 x 2772 pixels along with 120Hz refresh rate. Additionally, this display gets a pixel density of 456ppi. It comes with 89 percent screen-to-body ratio. Meanwhile, for hardware, The Honor Magic 3 is powered by flagship Qualcomm Snapdragon 888 SoC. This chipset also comes in pair with Adreno 660 GPU. It also gets 8GB of RAM and up to 256GB of internal storage.

As for the optics, Honor Magic 3 features a 50-megapixel triple rear camera setup. The 50-megapixel main camera sensor comes with f/1.9 aperture. The secondary camera is a 64-megapixel black and white sensor with f/1.8 aperture. The 13-megapixel sensor with ultra-wide f/2.2 lens features the third camera. Additionally, this camera also includes up to 10X digital zoom. It also allows 4K video recording with electronic image stabilization (EIS). Regarding other camera features, it also comes with multi-lens video recording. For selfies, the device features a 13-megapixel lens with f/2.4 aperture at the front display.

Other connectivity options include a dual-band Wi-Fi, 5G, Bluetooth v5.2, GPS/ A-GPS, and a USB Type-C port. The device also gets all the necessary sensors. These includes proximity sensor, ambient light sensor, gyroscope, e-compass, accelerometer, gravity sensor, and Infrared sensor. For security, the device also comes with an in-display fingerprint scanner. Honor Magic 3 packs in a 4600mAh battery along with 66W fast charging support. The Honor phone also supports reverse charging via USB OTG. Meanwhile, as for the dimensions, the Honor Magic 3 measures 162.8×74.9×8.99mm and weighs 203 grams. Additionally, the smartphone is IP54 dust and water resistant.

Honor Magic 3 comes with lots of similar specifications from the vanilla Magic 3. Let’s discuss about some upgrade over the standard variant. The Pro variant also gets the same display. The device will also be powered by the same Qualcomm Snapdragon processor. It comes with up to 12GB of RAM and up to 512GB of internal storage.

Regarding camera configuration, the Pro variant brings in another sensor. Thus, making the rear camera to be a quad setup. The first three cameras are same. Whereas, the fourth camera comes out as an additional 64-megapixel periscope telephoto lens with an F/3.5 lens. For selfies, the device will come with a 13-megapixel shooter. Additionally, there will be a depth sensor, which will be placed inside a pill-shaped cutout at the front.

The Honor Magic 3 Pro comes with the same 4600mAh battery along with same 66W fast charging solution. This variant also gets an additional support for 50W fast wireless charging along with reverse wireless charging. It comes with same dimensions; however, it weighs 213grams. The Pro variant also gets iP68 certification for Water and Dust resistance.

The top-end model comes with the name of Honor Magic 3 Pro+. It features same specifications as the Pro model. However, this Pro+ model brings some camera improvements. In this variant, the primary 50-megapixel camera sensor comes with optical image stabilization (OIS). The secondary camera is a 64-megapixel sensor with an ultra-wide-angle f/2.4 lens. This means that there is a 50-megapixel camera accompanied by three 64-megapixel sensor at the rear of Magic Pro+. The camera setup also supports 3.5x optical zoom, 10X Hybrid Zoom, a whopping 100X digital zoom.

The Honor X20 5G runs on company’s own Magic UI 4.2 which is based on Android 11 operating system. Additionally, the Honor phone features a 6.67-inch Full HD+ TFT LED display. This display gets a screen resolution of 1080×2376 pixels. MediaTek Dimensity 900 powers this handset. The chipset comes in pair with the Mali-G68 GPU. Additionally, the device gets up to 8GB of RAM and up to 256GB of internal storage.

For camera configuration, just like Honor Magic 3, the Honor X20 5G features a triple rear camera setup. The 64-megapixel main camera comes with an f/1.9 lens. Additionally, the device gets a 2-megapixel secondary depth sensor with f/2.4 lens. The third lens will feature a 2-megapixel macro lens with f/2.4 aperture. At the front, the Honor X series device features a 16-megapixel sensor with an f/2.0 lens. Also Read: Nokia X20, X10 could launch soon in India, hinted by local website

As for the connectivity, the device includes 5G, dual-band Wi-Fi, Bluetooth v5.1, GPS/ A-GPS. It also gets important ports like 3.5mm headphone jack, and a USB Type-C port. The smartphone gets all necessary sensors onboard. It includes accelerometer, ambient light sensor, e-compass, gyroscope, gravity sensor, and proximity sensor. For security, the device also gets a fingerprint scanner. Moreover, Honor X20 5G packs in a 4300mAh battery along with 66W fast charge support. In terms of dimensions, the phone measures 161.8×74.7×8.5mm and weighs 192 grams. 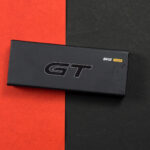 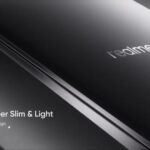