Alessandro Paluzzi, popular reverse engineer suggests that Instagram is working on a clone ability to have voice-based discussions, debates etc. similar to what Clubhouse and Twitter Spaces offers. Also, Instagram is preparing for the official launch of this feature. These features are similar to how Clubhouse works.

Paluzzi also shared a screenshot. According to screenshot, a new option is coming which hints at start of new audio-based conversations within the people. This option can be initiate by selecting the mic icon. This icon is present in the top right corner, next to video option in Direct Messaging section.

To recall, Clubhouse is a famous invite-only app. This app allows interactive podcast facility. The app allow peoples to create chat rooms within the apps. People can discuss on topics with common interest in these chat rooms. Additionally, some people can just participate and listen to the common topics. To recall, Clubhouse is discover by Paul Davison and Rohan Seth in year 2020.

Clubhouse is currently available as iOS app. Additionally, the app is likely to land soon on Android platform. All these leaks feature Facebook as a part of Clubhouse alternative. The Mark Zuckerberg owned platform could being this feature mainly for Instagram. Later this feature can be extended to Facebook and even Facebook Messenger. However, there is no concrete information available regarding it’s launch.

To recall, Twitter is already testing an alternative to Clubhouse. This feature is called Twitter Spaces. The feature is currently available built-in within the app itself. This feature has now landed to Android platform after starting exclusively for iOS devices.

According to recent leaks, Facebook is finding ways to copy new features of Clubhouse. The social media platform is always known for such deeds. However, it is not official when this feature will function. Also, there is no leaks about its availability. Also Read: Twitter Spaces set to launch in March, currently under testing phase

Instagram is not only copying the Clubhouse app. The photo-sharing app is also likely to copy it’s siblings, WhatsApp and Facebook Messenger. The Instagram app is likely to copy end-to-end encryption feature from its siblings.

This new feature will provide additional privacy for chats and ensure protection for the users’. Thus, it will allow Facebook to prove that all its apps are safe to use. Yet, we don’t know when this privacy feature will be introduced on Instagram. As per latest leaks, Instagram is working on bringing many new features in this year. Therefore, we suggest you wait and enjoy all these apps. Also Read: Instagram brings its latest “Recently Deleted” feature 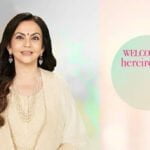 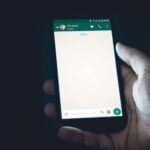