This year’s Apple iPhone 13 is the top contender among the much-anticipated devices. Everyday new leaks and rumors regarding the 2021 iPhones appears online to fuel our excitement. Recently, some new rumors appear online which hints at the launch date for the next gen iPhone series. According to latest leaks, Apple is most likely to launch the upcoming iPhone 13 series in the month of September. Apple is most likely to follow the launching trend from all previous years.

This report has been shared by Wedbush Analyst, Dan Ives. The analyst via PhoneArena shares hints about the launch date of the upcoming Apple iPhone 13 series. His report suggests that the next gen iPhones will be launching in the third week of September. To be precise the launch date is most likely to be September 14. However, we don’t have any concrete details for the same. The report further suggests that the smartphones could possibly be up for sale starting September 24.

Beside the iPhone 13 launch date, there have been multiple new leaks about the upcoming Apple iPhone 13 features. According to latest report from TrendForce, the iPhone 13 Pro models won’t max out to 1TB of storage. If this report is true, then we can expect the top model with up to 512GB of storage, which is much like the last year. Additionally, it is also likely that the standard iPhone models will not get the hold of the LiDAR scanner. This means that LiDAR scanner will be available only on the Pro models.

Other leaks were hinted earlier too, the iPhone 13 Pro and the 13 Pro Max models are likely to get an LTPO ProMotion screen along with support for 120Hz refresh rate. The other two standard models will stick with the 60Hz display. Also, the notch could get smaller. The rear camera could house in a bigger hump. The upcoming Apple iPhone 13 might also include a combination of Face ID and the Touch ID. 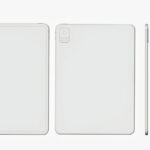 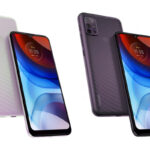