You would be shocked if you are active on Twitter. Go to the trending segment of Micro-blogging website where you can see the trend #BanTwitter. A tweet storm about banning Twitter is going on Twitter. This is after the tussle between the Indian Government and the microblogging platform over certain hashtags. It includes pull down or suspension of twitter accounts related to the protests by farmers. As a result, Koo app is getting popular across the country as ban Twitter trends on Twitter.

Although Twitter banned more than 500 accounts following a protracted negotiation. Jack Dorsey‘s platform made it clear in an official blog post that no accounts of news media entities, journalists, activists and politicians have taken off.

The official Twitter Blog statement stated, “To do so, we believe, would violate their fundamental right to free expression under Indian law. We have informed MeitY [Ministry of Electronics and Information Technology] about our enforcement actions today”. Some accounts have been suspend as they tweeted in support of farmers’ protest.

In addition, the microblogging website reveals that the Twitter handles are only block in the country. These accounts are available outside the country. Twitter believes that the orders of the Indian government do not conform with local rule. Also Read: Shop Pay Payment option to be added to Facebook, Instagram

Twitter noted through a blogpost that, “During the period of last 10 days, Twitter has been instructed with multiple account blocking orders by the Indian Ministry of Electronics and Information Technology, under Section 69A of the IT Act“. Twitter confirms, “Out of these two emergency blocking orders, both blockings were temporarily complied but later restore access to the content in a manner that follows the Indian law. After we communicate this to MeitY, we were serve with a non-compliance notice.”

At the time when the site considers communicating with the Indian government leaders, the Center finds the blog of Twitter “unusual.” On the other hand, Koo app is getting widely popular in the country as ban Twitter trends on Twitter.

What is Koo App?

Koo app is a desi alternative to Twitter. The app is getting big hump around these days. The app recorded more than 3 million downloads in just 24 hours. Koo immediately came into limelight as lot of big politicians and celebrity people are coming onto the platform. This app wins the Atma Nirbhar Bharat App Challenge in 2020 and is being promote by government officials.  Now, the app is again gaining popularity possibly due to ongoing tussle between Twitter and Indian Government.

Koo is a platform similar to Twitter where users can express their thoughts. However, for non-English users it promotes as an India response to Twitter. The Koo app co-founder and CEO is Aprameya Radhakrishna launch this application in March 2020. The indigenous app provides services in different locally accessible languages that allow many Indians to use the platform quickly.

Koo attempts to make the Indians’ presence known on the web. Users can now enter your mother tongue online by listening to the opinions of some of the sharpest Indians. They can also speak their mind by sharing their thoughts. Also Read: Instagram to stop promoting recycled TikTok videos 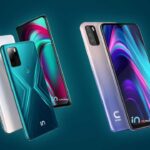