LG has made an official announcement that it will stop making smartphones. The South Korean company has decided that they will exit the smartphone business in coming days. This news regarding their exit came after six years of consistent losses. The South Korean company had huge losses in past six years. With there exit from smartphone market, The LG has decided to give more focus on the EV (Electric Vehicles) components, connected devices, smart homes, robotics, artificial intelligence and business-to-business solutions.

The news about the exit of LG from smartphone business has been churning for a while in rumor mills. This news came as no shock since the South Korean company has been facing tough times from past six years. The company has been facing tough competition from competitors like Samsung, Apple and other popular Chinese smartphone brands. Even though, during last six years, the company produced some of the uniquely designed smartphones like LG Wings, a dual-screen LG G8x ThinQ and many others. Still, the company could not stand out against it’s tough competitors.

The South Korean brand has also confirm that they will be focusing more on 6G technology after this exit. They also revealed that whatever technologies that has been designed and developed by the company during last two decades, will be fully utilized in existing and future products. With the exit of LG from smartphone business, puts a full stop to the upcoming rollable smartphone from the company. According to reports, there are chances that company could bring this last smartphone as a farewell device. To recall, LG has been long-rumored to shut down its smartphone business. Previously, Reports also claims that LG is planning to sell it’s smartphone business for which the company is in talks with couple of other companies. Later, LG decides to close the business, as it is the best available option.

What about existing LG smartphones?

Since, the company has decided to end the smartphone business, but this doesn’t mean that the company will forget about its existing smartphone lineup. According to a press release, LG has promised that all the existing LG smartphone lineup will remain available for sale. The company says that stocks of some current models are still available. The company also promised to provide users with after sales service and future software updates. However, the time period will be different for different regions.

The company did not confirmed about which LG smartphone will receive the future software updates. There are some smartphones that are likely to get an Android 12 update in near future. It is also likely that LG will work in collaboration with its suppliers and business partners even after the closure of mobile phone business. LG will be winding up it’s smartphone business by July 31st, 2021.  Also Read: LG K42 features and Specifications, currently on sale in India 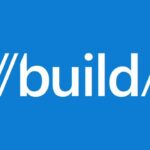 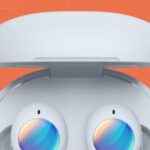