Poco India plans to launch a new low-cost phone in the Indian sub-continent. The Chinese tech players could launch this upcoming smartphone in the last week of November. This upcoming low-cost mobile phone will be the Poco C50. Furthermore, the Xiaomi sub-brand announced this news last week about the launch of the Poco C50 in India. Although, the company has yet to specify any official launch date.

Poco said the upcoming low-cost phone would deliver excellent camera performance, an immersive multimedia experience with longer battery life, and a new sleek design. According to reports, this low-cost mobile phone could pack in a similar set of hardware as the Redmi A1+. The upcoming Poco C50 will succeed the previously launched Poco C40 in global markets.

Earlier this month, the low-cost Poco C50 mobile phone was spotted on the IMEI database. The latest Poco C series smartphone comes with model number 220733SPI. Furthermore, the affordable device has also been spotted on the Google Play-supported devices list. This listing suggested that the affordable Poco C50 could be a rebranded version of the Redmi A1+ but with a different hardware configuration. To recall, Redmi A1+ launched in India in October.

During the official confirmation, Poco India released a press note stating that, “Poco, one of the leading consumer technology brands on a mission to deliver [the] highest quality products to its fans and consumers, is gearing up to launch its latest C-series budget disrupter smartphone.” Meanwhile, Poco India has yet to reveal the official specifications of the upcoming Poco C50, the low-cost mobile phone in India. Also Read – Poco India launches Poco F3 GT with Dimensity chipset

The anticipated Poco C50 price will probably be comparable to the Redmi A1+’s price in India. As mentioned above, the Redmi A1+ launched in India last month under the low-cost phone segment. As for the pricing, the Redmi A1+ starts at Rs 6999 in India for the base variant with 2GB RAM and 32 onboard storage. The Redmi A1+ has three distinct color options: Black, Light Blue, and Light Green. Also Read – MIUI 12.5 update Release date in India

The upcoming Poco C50 will succeed the Poco C40. Last year, Poco C40 launched in Vietnam with a starting price of VND 3490000, roughly Rs 11690. Therefore, we can expect the upcoming Poco C50 to be priced similarly. The Poco C50 could be priced at around Rs 12000 in India. Although, this is not an official pricing report. Therefore, we suggest you take this information with a pinch of salt. Also Read – List of Poco Phones to receive MIUI 12.5 update

During the press release, Poco India said that the upcoming low-cost mobile phone would be the “budget disrupter” and an “overall package” with an excellent set of hardware. We will know more about the upcoming affordable smartphone in the coming days leading up to the official launch event.

As mentioned above, the upcoming Poco C50 will succeed the Poco C40, launched in the Global market earlier this year. Henceforth, we expect some improvement in terms of specifications over the Poco C40. Furthermore, it is speculated that the upcoming low-cost phone, Poco C50, will be a rebranded version of Redmi A1+. Both smartphones will likely share the same set of specifications.

In terms of official specifications, the Redmi A1+ comes with a 6.52-inch HD+ display and a 120Hz touch sampling rate. The Xiaomi sub-brand, Redmi, claims that the display on Redmi A1+ can reach a peak brightness of 400 nits. Under the hood, an octa-core MediaTek Helio A22 SoC pairs with an IMG PowerVR GPU.

Redmi A1+ smartphone runs on Android 12 OS out of the box. In terms of optics, the low-cost Redmi phone features a dual rear camera setup, headlined by an 8MP primary sensor. The selfie camera is a 5MP shooter. The Redmi A1+ packs 3GB of LPDDR4X RAM and 32GB of onboard storage. Furthermore, it also gets storage expansion via a microSD card of up to 512GB. The low cost phone also packs a 5000mAh battery with 10W wired charging. Redmi India claims that the handset has a thickness of 9.09mm and weighs about 192g.

On the other hand, the low-cost Poco C40 phone features a massive 6.71-inch display with HD+ display resolution. Furthermore, this display comes with Corning Gorilla Glass protection. Being a low cost phone, the refresh rate is also stuck to 60Hz.

Under the hood, the handset features an octa-core JLQ JR510 chipset. This processor comes with up to 4GB of RAM and up to 64GB of onboard storage. The upcoming Poco C50 will come with a significant upgrade in terms of processor. The low-cost phone is likely to come with a Qualcomm or MediaTek chipset for the Indian market.

In terms of storage, the Poco C40 also gets a storage expansion slot. A microSD card slot allows users to add a microSD card of up to 1TB. The affordable Poco C series handset for optics gets a dual rear camera setup with a 13MP primary camera and a 2MP depth sensor. For selfies, the Poco C40 mobile phone gets a 5MP selfie shooter.

The complete hardware on the Poco C40 get its backup from a massive 6000mAh battery and supports only 18W fast charging. Considering the large-capacity battery, the charging speeds will be lower. 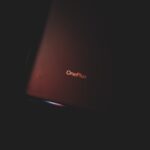 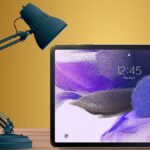