There has been news floating over Internet about Apple’s first event of year 2021. This virtual event is likely to take place on March 23rd. According to latest news from renowned Apple Tipster, Cupertino Tech Major has started sending out invitation for this event. As per this tipster, the company is likely to host a virtual event on 23rd this month. However, in reality, The information about this Apple event is fake.

According to popular tipster John Prosser on Twitter, Apple has started to send media invites for its March event. His tweet also contains an image of invite. However, this invitation image is not real, but is certainly a joke. This is because the fake invite image comes with a tagline “See You Hair” along with hair removal gadgets in background. However, the Cupertino Tech Major is unlikely to enter a brand new space in market.

According to latest rumors, Apple is not sending any invites for the March 23 event. The company is not launching any hair removal product. Although, there is a possibility that an Apple’s event could happen on the same date. According to sources, There are some chances that Apple could announce something really interesting pretty soon. Although this information is rather vague.

Day before yesterday, Now Prosser claims that Apple’s March event is going to happen in the month of April. He also promised to give an explanation for the change of predicted dates. Also Read: Apple iPhone 13 series is likely to come with bigger batteries: Report

To recall, the Apple’s March event was first touted by the mysterious yet ultra-reliable Kang. This news was broke by DuanRui on Twitter earlier this month.

It seems that the Apple event is on March 23rd.

Apple launch event: What to expect?

The company is still expected to launch some different products other than some tech product in this Apple’s March 23rd event. There exist a list of tech products which Apple could launch in coming days. Out of these tech products some which could launch are, a long-rumored Tile-like Tracking device likely to be call as AirTags, a new iPad Pro 2021 with improved specs and features. This list of devices also includes AirPods 3. However, according to leaks the third-generation Apple TWS’ are likely to launch in Q3, 2021.

With this info, all these are just rumors and speculations around Apple’s event. It is best advised to take this post with a pinch of salt. Additionally, we have to wait for Apple’s response and see what’s come out of the store of Apple. Also Read: Apple cuts iPhone 12 mini production: Report 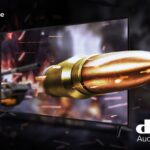 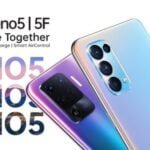