Personally believe that OnePlus loves to be limelight for it’s smartphones. Currently, OnePlus is trending for the launch of it’s new Nord smartphone. This upcoming Nord phone expects to be dubbed as OnePlus Nord SE. Multiple leaks and rumors about this smartphone has been already floating all over the internet. Thus, suggesting that the launch could happen sooner than anticipated. Meanwhile, a new leak appears on the internet stating that the phone might get cancelled and will not launch at all. But, not to worry, the Chinese brand is planning to launch another Nord phone as its substitute likely to be OnePlus Nord 2.

According to famous tipster Max Jambor, OnePlus has decided to drop the ideal OnePlus Nord SE smartphone. To recall, this smartphone is likely to be the “Special Edition” smartphone for OnePlus Nord Series. The OnePlus Nord series was first launched in US market last year. However, the reason for skipping this upcoming smartphone remains unknown. Although, this doesn’t mean that OnePlus won’t be bringing any new device.

According to other reports, OnePlus is currently working on OnePlus Nord 2 and device is likely to launch pretty soon. The smartphone will launch as a substitute to OnePlus Nord SE. Some report states that OnePlus Nord 2 could launch in sometime around August. To recall, this was the exact time last year when original OnePlus Nord made it’s debut in US market.

Regarding cameras, Similar to Original Nord Phone, The OnePlus Nord 2 is likely to feature a quad-rear camera setup and a set of dual-camera setup for the selfie lovers. The device is likely to come with AMOLED display along with high refresh rate. For charging, the smartphone will feature a 30W fast charging system. The device will run on Android 11 along with the support of OnePlus Custom UI, Oxygen OS.

As per sources, OnePlus is also planning to bring OnePlus Nord N10 5G successor. The report also confirms that this time OnePlus could bring this upcoming successor smartphone to India as well, unlike last year’s OnePlus Nord N10. Although, all these details are just rumors, thus we have to wait for some concrete source of information. Stay tuned for more details on this subject.  Also Read: The all new OnePlus Nord N1 could succeed the highly popular OnePlus Nord N10 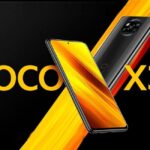 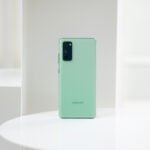