Last week belongs to OnePlus in tech industries as the company launches it’s highly anticipated OnePlus 9 series in India as well as in Global markets. This OnePlus 9 series consists of three models including OnePlus 9, the OnePlus 9 Pro and the OnePlus 9R. All these models come with 5G Connectivity. Regarding cameras, The OnePlus 9 series smartphone backs high on cameras. Also the company has been promoting these cameras quite a lot though it’s various social media handles. Few days ago, A tweet from OnePlus, for same the same cause caught a lot of attention. This is because the tweet was share via an iPhone. This tweet puts OnePlus in an embarrassing and very funny situation.

The Chinese brand OnePlus has been promoting about it’s smartphone cameras from a long time. The company has also compared it’s OnePlus 9 series’ performance with that of an iPhone. Before, it’s official launch of OnePlus series in India, OnePlus’ Twitter handle posts tons of tweets to keep the smartphone in limelight. However, instead of getting attraction towards the promotional tweets and smartphone. The “Twitter for iPhone” tag grabs the eye of the OnePlus fans and community members. Also Read: Qualcomm Snapdragon 780G SoC announced, will offer faster download speeds and more power

In this tweet, OnePlus India asked fans to “Describe the #OnePlus9Series using a movie name. Go!” after the launch of OnePlus 9 series in India. However, company later realize their mistake and later the tweet was removed. This incident allow trollers to troll OnePlus on Twitter. Here are some example of these funny tweets:

Why are you not tweeting from an Iphone anymore? pic.twitter.com/yElQcgeUt4

What are the two additional features of the Hasselblad camera in the #OnePlus9Series?

This situation gone more crazy when OnePlus considered Apple as a tough competition. The company also claimed that OnePlus phones are much more superior than the current generation iPhones. To recall, earlier OnePlus even taunted at the Cupertino Tech Major in the past. As a reminder, OnePlus is not the first smartphone makers to use iPhone strategy for it’s promotional tactics. To recall, in past, Huawei and Samsung have mistakenly used an iPhone to tweet about their products as a promotion.

What do you think about this? Do comment below and Stay tuned for more tech related gossips. Also Read: OnePlus launches it’s highly anticipated OnePlus 9 series in India with Hasselbald camera sensors 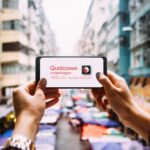