Ever since Samsung found the great success with its wide range of foldable smartphones. Now, the other manufacturers have started following the footsteps of Samsung. With the continuous innovation in terms of looks, power and feature. These brands are now looking to launch their own foldable devices to take on Samsung. According to leaks, Oppo could be the next possible contender to launch its first foldable phone. The leaks suggests that Oppo could be launching its first ever folding phone by the next month.

To recall, Samsung has already taken the lead in the foldable smartphone market with the launch of many such great folding smartphones. This includes Galaxy Z Fold 3 and Galaxy Z Flip. Now, Oppo is gearing up for the launch of its first ever foldable phone. Although, the official launch date of the Oppo’s foldable phone has not been revealed as of yet.

Recently, a post on the Chinese microblogging website, Weibo suggested that Oppo’s folding smartphone is codenamed as “Peacock”. This device is likely to launch in the month of December. The post further reveals that the Oppo “Peacock” is likely to be powered by the Qualcomm Snapdragon 888 SoC. On the other hand, another report from Gizmo China confirms that the upcoming Oppo foldable phone is likely to feature an inward folding design. This design is similar to what we have already seen on the Samsung Galaxy Z Fold 3 and the Huawei Mate X2.

Some other reports also suggested that the Chinese smartphone makers are also preparing to launch a new high-end smartphone by the start of next year. This smartphone could launch with a codename of Butterfly. This device is likely to be powered by Qualcomm Snapdragon 898. Additionally, this smartphone could be the part of the premium Find X Series. However, the official launch date of Oppo “Butterfly” remains unknown. Neither, Oppo has shared any official information for the same.

As mentioned above, the upcoming Oppo Foldable phone may feature Qualcomm Snapdragon 888 chipset. The leaks further suggests that the mobile phone could also launch with an 8-inch 2K LTPO OLED display. This display will get support for 120Hz refresh rate. These leaks are available on the popular website, Gizmo China.

The report from Gizmo China further confirms that the upcoming Oppo foldable phone may also support a 50MP Sony IMX766 camera at the rear and a 32MP front camera for the selfies. However, the exact number rear cameras in not clear. The smartphone will pack in a 4500mAh battery along with 65W fast charging. Also Read – Oppo Reno 6 Pro, Reno 6 Pro+ new specifications and other details

According to some leaks, Oppo could launch the “Peacock” foldable phone along with their Oppo Reno 7 Series. To recall, the Oppo Reno 7 Series is likely to launch in the mid December 2021. Oppo always try to bring new devices with new innovations. Earlier also, Oppo showcased its flexible display smartphone. The device comes with the name of Oppo X 2021. This is a rollable display device. Its display can go from 6.7-inch to 7.4-inch in width. Additionally, Oppo claims that the smartphone features “Continuously variable OLED display”.

Oppo also revealed that they filed 122 patents for this smartphone and nearly 12 patents for the screen alone. Keep in mind, the Oppo X 2021 the rollable phone was a concept phone. Moreover, the device did not hit the mass markets. Now, we have to wait and see if things change with Oppo “Peacock” the foldable phone. We have to wait and watch if the device is made available for all consumers. 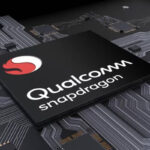 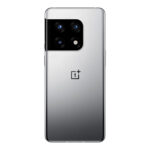