The Realme X7 series will be sold through online ecommerce platform via Flipkart. The Realme X7 and the X7 Pro will be sold online through ecommerce platform which includes Flipkart, as suggested by the teaser revealed by the e-commerce website, ahead of its India launch. Both X7 series smartphones launched earlier in China in September 2020. The X7 series will come with 5G support, 65W rapid charging capabilities, up to 64-MP quad rear cameras and MediaTek Dimensity processors.

The smartphone manufacturers recently announced the introduction of MediaTek Dimensity 1200 processor in their upcoming smartphones. Now, According to reports, one of the X7 series smartphones will come with the MediaTek Dimensity 1200 processor. However, another report shares that Realme X7 would come in two RAM options, which includes 6 GB RAM and 8 GB RAM model. Both variants will come with 128 GB of native storage. The smartphones will be sold in Nebula and Space Silver Color options. Whereas, X7 Pro is likely to come in Mystic Black and Fantasy color options. 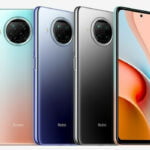 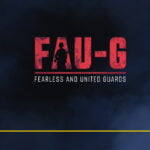