Realme is all set to explore the new market space with the launch of its alleged new tablet and laptop. The rumours for both of these products have been already circulating all over the internet. Recently, few images of the upcoming Realme Pad have been leaked by the company purportedly. These images showcase the upcoming Android tablet from all the angles. These pad images have been brought in limelight by the popular leakster OnLeaks in collaboration with 91Mobiles. The images come in addition to some of the already available details about the upcoming tablet.

As per leaked images, the Realme Pad is likely to come with flat edges and a single rear camera. Additionally, the back panel of Realme tablet will also get a minimal branding design of the company. These images suggests that the front panel could get slightly bigger bezels. Also, the top bezel fill features the front camera in the middle. This camera will be useful while video conferencing, chatting, zoom meetings etc. Based on appearance, the upcoming Realme tablet looks a lot like the 2020 iPad Pro model.

The leaked image also suggests that the Realme tablet will feature a dual-tone finish at the back panel. As per leaked images, the tones of black and grey appears in the image. Therefore, there are chances that we might get this as one of the colour options out of many other. Previous leaks also suggests that details about the port placement too.

As per previous leaks, the power on/ off button and the two speakers on the Realme tablet appears on the top edge. Whereas, the volume rockers and the possible microSD card slot is likely to be present on the right edge of the display. The bottom edge will get another pair of speakers and the USB Type-C port. Another interesting addition likely to happen is of a Stylus. The bottom edge might get a slot for Stylus. Also Read: Moto G Stylus 5G, the next budget Motorola phone

The details about the features and specifications of this upcoming Realme Pad have been leaked online. It is suggested that the upcoming Realme tablet is likely to support a 10.4-inch display. The device will measure 246.1 x 155.8 x 6.8mm with a thickness of 8.4mm. Additionally, it is likely to get a 7100mAh battery. Rest of the details about the latest tablet remains behind the curtains. The Realme tablet is likely to launch alongside the Realme Book laptop. Both of these latest devices could launch in the month of October. Additionally, these devices are most likely to stand in an affordable price bracket. To get a better idea about these devices we have to wait for Realme to release something official. 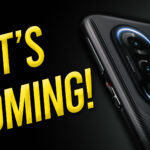 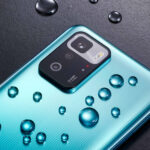