This year, Xiaomi is taking its own sweet time with the Redmi K40 series . The smartphone appears to be a major improvement from the K30 series based on speculation. According to new leak on Chinese  social media network, Redmi is likely to bring back its flagship origins through K series. Last year’s K30 series brought more or less mid-range device, thus Redmi decided to bring it’s root back with Flagship segment.

According to Digital Chat Station, who break Xiaomi leaks, has revealed a bunch of features and specifications for the upcoming Redmi K40 series. He also confirmed that the Redmi K40 will succeed the existing Redmi K30 smartphone. This upcoming series is likely to have Multiple variants, identical to last year.  The Redmi K40 series i likely to come in three specific variants – K40, K40S, and K40 Pro.

Redmi wants to bring the K series back to its flagship-killer status. Out of three models, Two of the models could use the Snapdragon 888 and Snapdragon 870 SoC. While, the third model is likely to run on yet-unannounced Snapdragon 775 Chipset. Also Read: Xiaomi Mi 10i registers gross sales of Rs 400 crore

According to tipster, the Redmi camera sensor is likely to be borrow from the Mi lineup for the 108-MP main camera. However, It is yet to be confirm if Redmi will be using either the older Samsung HM2 sensor or the latest sensor from Samsung which is present in S21 Ultra.

The vanilla Redmi K40 could render under flagship grade too. According to leaks, Redmi is likely to use the Snapdragon 870 chip for the K40 standard to deliver high performance while retaining the low prices. Also Read: Xiaomi Redmi Note 10 coming soon in India

The Redmi K40S is likely to succeed the Redmi K30 5G. Therefore, the device is like to be available as an inexpensive alternative. In case of Redmi K40S, is likely to run on Snapdragon 775 chipset, can be found under the hood. Thus, providing fairly fast-performance at cheap price. It could also come with 5G connectivity. Some previous leaks also suggested about the availability of 120Hz LCD display which is likely to lifted off from the Mi 10 and Poco X3.

I recommend you to take this news with a pinch of salt, as Xiaomi is yet to announce anything officially on this front. Also Read: Mi Watch Lite could be launched earlier than anticipated 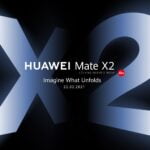 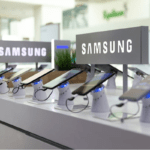