Reliance Jio is getting ready for the launch of its first ever laptop with the name of Reliance JioBook. Few months back, some news tipped around the development of a new product under the Reliance Jio branding. Now, according to reports, a new device with Jio branding has been spotted on the popular benchmarking website, Geekbench. The benchmarking website, Geekbench has revealed some of the key details about the upcoming laptop.

According to Geekbench listings, the new leaks are similar to the previous leaks about the upcoming Reliance JioBook laptop. The listing on the Geekbench website has confirmed about a new product with the codename of NB1112MM. The device was first spotted by MySmartPrice.

To recall, the same model number earlier appears on the BIS (Bureau of Indian Standards) certification website. The BIS website featured two more machines with model number NB1148QMW and NB1112MW. This suggests that the Reliance Jio is planning to launch a wide range of laptops in the coming days. Moreover, a tweet from popular tipster Mukul Sharma aka @stufflistings has also confirmed about the three variants of the Jio Notebook. Thus, hinting at an imminent launch.

Although, the launch details about the upcoming laptop lineup have not been disclosed officially by the telecom giant. However, considering that the device has been listed on BIS certification website and Geekbench, benchmarking website. We can expect Reliance to soon reveal the official launch details about its first ever laptop lineup. Earlier last month, Mukesh Ambani launched the JioPhone Next. Now, it appears that the JioPhone Next is not the only product from the company this year.

To recall, earlier in the month of March, XDA Developers reported about the Jio laptop in works. They also confirmed that the Jio laptop is likely to be named as the JioBook laptop. They device was claimed to run on the custom Android OS which could be the JioOS. Additionally, the Jio laptop is also likely to come with 4G LTE connectivity support.

The report further confirmed that the Indian telecom company, Reliance has joined hands with the China-based Communication company, Bluebank Communication Technology. Both the companies will work together on the development of this laptop. It was also reportedly confirm that the Jio could be lunching the Qualcomm’s 11mm Snapdragon 665 SoC this upcoming laptop.

Now, as per the listings on the Geekbench, the new upcoming Jio laptop is likely to come with MediaTek chipset. On Geekbench, the Jio laptop appears with the MediaTek MT8788 chipset. This chipset can be clocked by up to 2GHz. Beside this, the chipset could come with ARM Mali G72 GPU. According to the listings, the Reliance JioBook laptop could launch with 2GB of RAM as standard. Additionally, the chipset is also likely to support Full HD resolution. Moreover, the JioBook laptop is likely to make use of a lower resolution for its entry level laptop series.

As per previous listings, one of the models of the laptop series could get the Qualcomm Snapdragon 665 SoC, which is an 11nm chipset. The model is also likely to come with Snapdragon X12 4G chipset for connectivity. Keep in mind, the Telecom giant has outsourced various low-cost components from different vendors. Some of the notable vendors are Samsung, Qualcomm and many others. Samsung will be offering the mobile DRAM and NAND chipset. Whereas, Qualcomm will be offering the mobile chipset.

Regarding other connectivity options, the new Reliance JioBook laptop is likely to get some of the connectivity ports like HDMI, USB-A and many mores. For wireless connectivity, the Jio laptop could feature dual-band Wi-Fi along with 4G connectivity. It may also get a mini-HDMI connector for video output. Also Read: JioPhone Next specifications and its availability 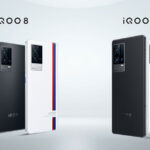 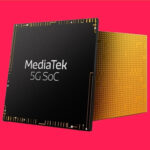