Vivo is currently working on the all-new smartphone series for Indian market. Earlier it was suggested that the Vivo V23 5G could launch in India sometime later this month. But now, the fresh reports hint at the different launch timeline. According to reports from 91Mobiles, the all-new Vivo V21 successor could launch in January 2022 in India. To be more specific, the report also confirms the launch date for the Vivo V23 5G and the Vivo V23 Pro 5G in India. The report states that the Vivo V23 series phone will arrive on January 4, 2022 or sometime around in the first week of January 2022.

The report suggests that the upcoming Vivo smartphone could pack in similar specs as the Vivo V21 5G. To recall, this Vivo V series made its debut in India earlier this year in the month of April. On the other hand, Vivo V23 5G was first launched in Vietnam last month. The rumoured Vivo V23 smartphone could sport a 6.44-inch Full HD+ AMOLED display, an octa-core MediaTek Dimensity chipset and much more. The all-new Vivo V21 successor could also pack in triple rear camera setup. The report further claims that the Chinese smartphone makers could also unveil the Vivo V23e and Vivo V23 Pro smartphone alongside. The all-new Vivo V series smartphones are likely to launch with a new chipset and better camera.

Another report states that company will not launch the latest vanilla model of the Vivo V23 series initially. However, the vanilla variant of Vivo V23 5G will be launched sometime later in the same year. This suggests that only Vivo V23 Pro 5G will initially launch in India. Indian tipster Mukul Sharma also made relevant tweets about the Vivo V23 series.

All this also suggests that the upcoming Vivo phones could also bring in improved 5G capable chipset and more camera features. Besides new processor and upgraded camera, the rest of the features might remain same as the Vivo V21 5G. Let’s check out the specifications of the Vivo V21 5G. Also Read – Vivo V21 5G smartphone launches in India, comes with Dimensity 800U

Vivo V21 5G was launched in the month of April earlier this year. The all-new Vivo V21 is a dual Nano SIM device. The latest Vivo V Series device runs on the company’s custom FunTouch OS 11.1 skin This custom skin is based on Android 11 OS out of the box. Vivo V21 5G sports 6.44-inch Full HD+ AMOLED display. The display comes with the screen resolution of 1090×2404 pixels. Additionally, it comes with 20:9 aspect ratio along with 90Hz refresh rate.

Under the hood, the Vivo V21 5G get its power from an octa-core MediaTek Dimensity 800U SoC. The chipset comes in pair 8GB of RAM along with up to 256GB of onboard storage. The Vivo V21 5G also comes with an extended RAM feature. The Chinese smartphone brand claims that the device can use up to 3GB of ROM as virtual RAM. This will be useful for an enhanced multitasking experience.

Vivo V21 5G also gets an in-display fingerprint sensor for device security. Vivo V Series phone packs in a 4000mAh battery along with 33W Flash Charge fast charging support. For connectivity, the device also gets 5G support, Wi-Fi, Bluetooth and much more. As for the Vivo V23 5G, the device is likely to be price more competitively compared to the Vivo V21 5G. Currently, there is no price details available at the moment for the upcoming Vivo V23 5G and Vivo V23 Pro 5G in India.

Alongside the Vivo V21 5G phone in India, Vivo recently launched the Vivo V23e in Thailand. An octa-core MediaTek Dimensity 810 SoC powers this Vivo V Series smartphone. For the optics, the Vivo V23e comes with a 50-megapixel triple rear camera setup. Currently, there is no information about the specifications of the upcoming Vivo V23 Pro mobile handset. 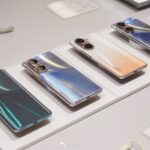 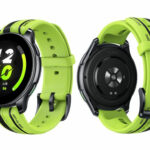