These days we are hearing a lot of rumours and leaks about the Realme Book laptops. To react to the same, Redmi is also planning to bring its RedmiBook series of laptops in India. At the end of Redmi Note 10T 5G launch event, Xiaomi was quietly teasing about the RedmiBook name in India. However, the Chinese brand did not share any teaser images or any specification details for the same. Only the name was displayed on the big screen with “Redmi Coming Soon” banner. This gives an idea about the Redmi’s plan for entering into the affordable laptop series with its Xiaomi Redmibook. This is mainly to counter the idea of Realme.

However, Neither of Realme or Redmi have shared the teaser for their upcoming laptops. This suggests that the launch could be some time far. To recall, the Xiaomi RedmiBook series has been already available in China under affordable Windows laptop series. Now, Xiaomi is planning to bring this cheapest laptop series in India. Previously, Xiaomi Notebook comes under the Mi Notebook Series in India last year. This laptop series includes four different models.

Regarding pricing, Xiaomi Mi laptop is likely to launch under the premium price segment in India. Whereas, the Xiaomi Redmi laptops could launch under the series with cheapest laptop in India. To recall, Xiaomi is already selling the RedmiBook laptops with AMD Ryzen chipset in China. For India, the company could be looking to launch them at an affordable price tag. Also Read: Samsung Galaxy Chromebook Go with Intel Jasper Lake Celeron processor

Beside the Xiaomi RedmiBook, the cheapest Xiaomi Mi laptop in India is the Mi Notebook 14 e-Learning Edition. This Xiaomi notebook comes with a price tag of Rs 38999. The Xiaomi laptop comes with an Intel 10th Gen Core i3 chipset. This processor comes in pair with 8GB of RAM along with 256GB of M.2 SSD storage option. This Xiaomi laptop comes with a 14-inch Full HD display. It can deliver up to 10 hours of battery life. Based on reviews, the laptop is capable of doing more than just basic tasks.

Other than Xiaomi Mi Notebook and RedmiBook, the Indian market sees a massive list of Chromebook laptops in affordable segment from various brands like Samsung, Asus and HP. Asus has recently launched four new Chromebook models. The model comes with a starting price tag of Rs 17999. These Chromebook models relies on Intel Celeron processors. HP Chromebook 11a comes with a price tag of Rs 21999 and relies on MediaTek Chipset. Meanwhile, we have to wait for Xiaomi to being its latest RedmiBook series in India. Also Read: Samsung Galaxy Book Flex 2 Alpha with 11th Gen Intel chip launched 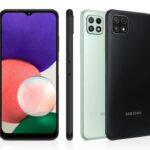 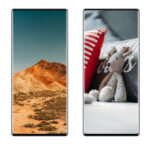