Apple is working hard for its upcoming Apple iPhone 13 series. The launch of next generation iPhone models is months away before we can see the 2021 models of iPhones. Although, tons of rumors and leaks have been churning in the rumor mills. Adding to the list of rumors, a new leak appears which confirms about the new design and features in the upcoming 2021 iPhone models. According to leaks, the upcoming iPhone 13 models are likely to come with a new rear panel, a smaller notch and other improvements.

The leaks from the YouTube Channel also suggests about the design change in the rear panel of iPhone 13 series. The 2021 iPhone models are likely to come with a reduced camera bump height. This will most likely reduce the protrusions. The reduced camera bump will come with the Pro and Pro Max models. The rest of the design elements will be same as the current generation iPhones. However, there will be an overall change in both front and back panel of the upcoming iPhone models. This will make device look slightly different from the rest of the series.

The Cupertino Tech Major is likely to add audio improvements in upcoming Apple iPhone 13 models. This audio improvements will be done by enhancing noise cancellation. The overall audio output will be improved with the help of beamforming.

Additionally, the Apple iPhone 13 series is likely to come with improved optical image stabilization (OIS). This will provide better and stabilize images. There will be improvement in Portrait mode when it will take data from the camera lenses and LiDAR sensors. This LiDAR sensor will help for better edge detection while taking portraits.

Leaks also suggest about existence of iPhone 13 Mini. This Mini model is likely to come with bigger batteries and more improvements. As per leaks, the new Apple iPhone 13 series is likely to launch in September, following their previous launch trends. We have to wait and watch for more details on this upcoming 2021 iPhone series. Stay tuned for more updates. 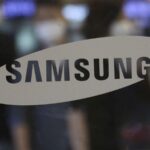 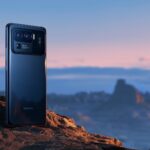