However, the report does not reveal any other details regarding the specifications and features of the Foldable Google Pixel phone. Also, there are no concrete information, if Google will plan to launch its foldable device along with the next gen Google Pixel 6 phones. To recall, back in 2019, Google has confirmed that it will be launching its foldable smartphone. Also, the smartphone mentioned in Android 12 Beta code might indicate a 2021 launch.

Currently, the details about the upcoming Foldable Pixel phone is still under wrap. But, we do have some previous leaks that gives an idea about the expected specifications of the upcoming Google Pixel foldable device. The smartphone is likely to come with Samsung provided foldable OLED display. The device might get a screen size of 7.6-inch. It is likely to follow the similar folding scenario as seen on Samsung Galaxy Fold 2. Therefore, the codename “Passport” makes sense, as the smartphone will fold like a book. All these are just rumors, It remains to be seen how the Google’s upcoming foldable smartphone will look like. Stay tuned for more updates on this subject. 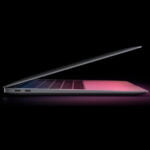