Google Pixel smartphone is one of the most highly anticipated device for every Android lover. However, the upcoming Pixel smartphone will not be landing to Indian shores, as confirmed by Google itself. Still Google will be launching its next Pixel device in other global markets such as US and Japan Markets. The US and the Japanese markets will get the next pixel device in form of Google Pixel 5a 5G. This Pixel 5a 5G will succeed the last year’s Pixel 4a 5G. According to previous leaks, the upcoming new Pixel 5a smartphone will come with lot of similarities as compared to Pixel 4a 5G in form of design. As per latest reports, the details about the chipset on the upcoming Google Pixel 5a 5G smartphone has been leaked thanks to Google’s Android 12 code.

If this report appears to be true, then it will be the first time that Google will not be upgrading it’s chipset on the next generation of Pixel device. To recall, Google introduced its Pixel A series, with the launch of Pixel 3a in 2019. The Pixel 3a smartphone comes with Qualcomm Snapdragon 670 chipset. In 2020, Google launched it’s Pixel 4a smartphone, which was upgraded to Snapdragon 730G chipset for the Indian smartphone market.

On the other hand, the Pixel 4a 5G comes with Snapdragon 765G chipset. Now, as per reports, the same chipset will be powering the Google Pixel 5 flagship. According to previous leaks, the all new Pixel 5a 5G will be based on the previous generation Google Pixel 4a 5G. The leaks also confirms that the new Pixel 5a specs appears to be same as that of its predecessor. This is likely to happen because Google wants to bring down the price of upcoming Google Pixel 5a 5G device.

As for the pixel 5a specs, the upcoming 5G smartphone is likely to come with same design as the Pixel 4a 5G. The device will feature the edge-to-edge OLED display along with punch-hole cutout which accommodates that selfie camera. The capacitive fingerprint scanner is available at the back. Also, the rear will accommodate only single camera rather than dual cameras. Therefore, it is likely to be exactly same setup as that of Pixel 4a 5G. Still, there is much to know about the upcoming Pixel 5a specs. Also Read: Google Pixel 5a 5G will launch later in 2021, Google confirms

The all new Google Pixel 5a 5G is likely to launch somewhere around August 2021. However, the tech giant has not announce any official Google Pixel 5a release date as of yet. As confirmed by Google earlier, the smartphone will be launching in the US and Japanese markets only. As per leaks, the Pixel 5a release date is likely to be same for both the countries. On the other hand, India and the other markets will continue to get the Pixel 4a as the latest offering from Google. There is no official details about this Google Pixel 5a price. However, as per reports, the new pixel 5a price is likely to fall somewhere around the same price bracket to as that of Pixel 4a 5G. 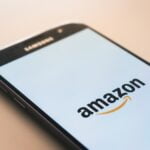