As per previous reports from leakster, the iQOO Neo 5 was spotted on various certification website in India. Therefore, It is highly assumable that the Chinese smartphones makers can bring the same smartphone to our land. Regarding specifications, The Chinese variant comes with a 6.6-inch AMOLED display along with 120Hz of refresh rate. The smartphone is power by Qualcomm Snapdragon 870 chipset. Additionally, the iQOO smartphone packs in a 4400mAh battery along with 66W of fast wired charging system. The smartphone comes with 48-MP rear camera system. Additionally, the Chinese variant of this smartphone runs on iQOO Custom OriginOS on top of Android 11 Operating System.

According to reports, iQOO is likely to place this smartphone in competition to OnePlus 9R. It is highly likely that the smartphone could be price lower than the OnePlus’ Snapdragon 870 based smartphone. To recall, the OnePlus 9R is currently the most affordable Snapdragon 870 based smartphone currently available in the market. Reports also suggests that the upcoming iQOO Neo 5 Indian variant is likely to replace the ageing iQOO 3 from 2020. The smartphone will be giving tough competition to other smartphones like the upcoming Xiaomi Mi 11X.

As mentioned above, the iQOO U1x has already got certified in India. Therefore, This is going to be the next affordable smartphone from iQOO. To recall, this smartphone was originally launched in China in October,2020. The smartphone comes with basic set of specifications. The iQOO U1x comes with a 6.5-inch of HD+ IPS LCD display. The device is power by Qualcomm Snapdragon 662 SoC. This chipset comes paired with upto 6GB LPDDR4X RAM and upto 128GB of UFS 2.1 storage. The smartphone is backed by a 5000mAh battery along with 18W fast charging support. 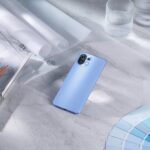 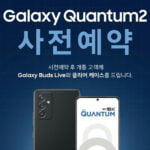