Samsung is currently working on a new mid-range smartphone, which is likely to launch on April 23 in South Korea. The device is likely to be Samsung Galaxy Quantum 2. This upcoming device will succeed the previously launched Galaxy A Quantum which comes with Quantum Encryption Technology. According to sources, the live images of the upcoming device has been leaked online along with its key specifications. These render images reveals the design of the upcoming smartphone.

The Render images of the upcoming Samsung Galaxy Quantum 2 has been shared via South Korean blog Naver.com and famous Indian tipster Mukul Sharma. Additionally, the South Korean blog claims that this Quantum series device will be launching on April 23 in South Korea. The render images also reveals that the device will feature a similar design language as the flagship Samsung Galaxy S21+. However, the Quantum series device will feature a Full HD+ display instead of QHD display

The report on the South Korean blog further reveals that the upcoming smartphone will be coming with model number SM-A826. This model number is also believe to be in link with upcoming Galaxy A82 5G. Recently, the device with same model number was also spot on Bluetooth SIG and Geekbench, the benchmarking website. According to Bluetooth SIG listings, the device will come with Bluetooth v5. Whereas, the Geekbench listing reveals that device will feature a Qualcomm Snapdragon 855+ Chipset. It will be running on Samsung’s own custom UI on top of Google’s Android 11 operating system. Also Read: Samsung Galaxy S21 FE specification and details leaked online

The render images of the upcoming Quantum 2 smartphone reveals other details too. It reveals that the device will feature 6GB RAM along with 128GB of native storage. To recall, the same information was revealed earlier by Geekbench and Google Play listings. Regarding camera system, the listings reveals that the device will feature a 64-MP triple rear camera setup. Here, the 5G variant will come with a 64-MP main camera along with Samsung’s own ISOCELL GW1 sensor. Whereas, the 4G variant will feature a 64-MP main camera along with Sony IMX686 sensor. Additionally, the device will be back by a 4500mAh battery. The report reveals that the all new Galaxy Quantum 2 will also feature a Quantum Random Number Generator (QRNG) chip. This chip will help it in increasing the encryption of the data on the device. 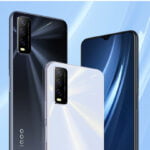 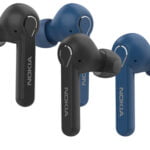