As per reports from the renowned tipster, The device which was likely to launch under the “N1” moniker, is now likely to launch with a changed name under Nord series. The tipster Jambor further added that the company will finalize the name for the upcoming phone before its official launch. This means that the alleged OnePlus Nord 5G smartphone could launch ahead of its usual timeline. To recall, the OnePlus Nord N10 was launch last year in October. Right now, it is not clear what this CE stands for. Beside this new naming, the tipster did not reveal any other detail about this upcoming smartphone. However, the previous leaks in past have given a glimpse on the design and specification of the alleged OnePlus Nord 5G smartphone. The previous leaks suggests about the possibility of same design as its predecessor.

As mentioned above, the OnePlus Nord N10 5G was launch last year in October. The device comes with 6.49-inch Full HD+ display, which is expected on OnePlus Nord CE also. The 5G phone is power by Qualcomm Snapdragon 690 SoC. This chipset comes in pair with 6GB RAM. For camera configuration, the smartphone features a 64-MP quad rear camera. The OnePlus Nord phone packs in a 4300mAh battery. Also, This smartphone was launch only in European and North American markets. The smartphone never enter the Indian territory. According to reports, this time the new OnePlus Nord CE 5G phone could arrive in the Indian markets considering its listing on BIS website. 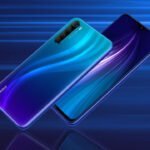 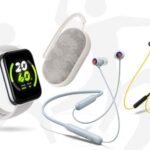