According to leaks from Internet, the OnePlus Nord N10’s successor is likely to come with a codename “Ebba”. Last month, The device made it’s first appearance on the internet. The renders of this upcoming smartphone has been shared by @OnLeaks on the internet. The BIS listings does not share much information about the upcoming smartphone. However, with this listing we can conclude that the smartphone is likely to arrive in India soon. This listing of OnePlus Nord N1 was first spotted by famous tipster Mukul Sharma. He always plays an active role in revealing the details about the upcoming smartphones in India.

Meanwhile, The purported render images of upcoming Nord N1 smartphone has been shared by tipster Steve Hemmerstoffer aka @OnLeaks. According to render images, the design of the upcoming OnePlus Nord N1 appears to be similar to Nord N10 except the triple rear camera setup and the side mounted fingerprint scanner. To recall, the OnePlus Nord N10 features a rear mounted fingerprint scanner. Also, The back panel of upcoming OnePlus Nord N10 features a glossy cover along with OnePlus logo inscribed at the center.

Regarding Specifications, the upcoming OnePlus Nord N1 is likely to feature a 6.49-inch display along with a punch-hole cutout at the top right corner to accommodate the front selfie camera. Also, This display might come with a LCD panel. Additionally, The phone is likely to come with 5G connectivity. The smartphone will comes with a USB Type C port, an audio jack. According to tipster, the upcoming device measures 162.9 x 74.7 x 8.4mm. Also Read: OnePlus Nord N10 successor with 6.49-inch display surface online 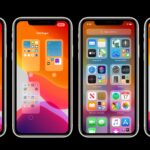 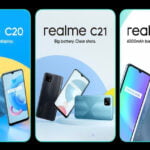