In realtime, Google Maps provide accurate navigation. However, many times we end up taking the long route to reach the destination. Thus, to avoid this mistake Google is bringing some new features on Google Maps. The tech giant is likely to update its map editing experience. Thus, allowing users to add missing roads and realign, rename or delete the incorrect locations.

According to one of the Google’s blogpost, new feature on Google Maps is called “DRAWING“. This new experience is similar to the line tool we are using in Microsoft Paint. This new updated features  will be rolling out in more than 80 countries in coming months. Also Read: Google updates its Google Photos app, the app will gets smarter with new video editor

Right Now, if the user wants to add a missing road then they can drop a pin about the type of road, road location, road’s name. Using this pin feature, user can submit new information to the Google. Additionally, with these features users can also report if the road is closed on Google Maps. This report can be submitted with additional details including dates, directions etc.

Google will take the details from the users about this missing road on Google Maps and with this features the app will ensure that the user is accurate. After submission, the user will see a screen on the app itself. This screen will prompt the user about marking a bike path as a road. The screen also says that Google will take upto seven days to review a user’s requested submission.

1. Users can add their own photos, simply by tapping on “upload a photo update” button.
2. Select the photo to post
3. Leave a short text description about the submitted photo

To recall, this “Drawing” tool feature is likely to roll out in over 80 countries in the coming days. Currently, Google is working on many new features for Google Maps. Also, We can expect these features to launch in coming days. Additionally, The tech giant will initially roll out these features to the beta users and later these features will come to general users from all around the world. Also Read: Facebook bring BARS as a TikTok alternative for rappers 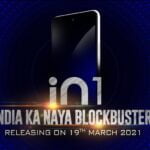 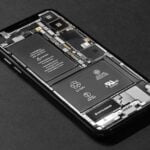