In the coming months, Google Photos will experience a big change. The free unlimited storage plan ends in June 2021 for all consumers. Google One will be require to continue to upload space above 15GB. However, Google wants to give users more reasons to opt for its paid service. Shutterbugs will be delight to see new exclusive Pixel editing features for paid subscribers.

Additionally, there are some new features that are available to free subscribers as well. According to reports, Google is offering advance video edit tools for free to Photos users. In video editor, all the tools are similar to photo editor tools. Hence, all the Google Photo subscribers can access these tools to trim, crop, apply filter, adjust exposure in a video. Also Read: Xiaomi Mi 11 Ultra to come with 120X zoom and mini secondary screen

Google Photos for Android will get an updated video editor. Currently, the new update came on iOS platform. The new update will be release for Android users in coming weeks. The new update brings brings granular adjustments similar to the ones available on its photo editor.  Users can apply granular edits such as brightness, contrast, saturation, and warmth. The video editor comes with over 30  pre-build controls to let you enhance your scenes.

The new portrait blur, portrait light, and color pop features for non-pixel device have been announced by Google. However, these features will be available exclusively only to Google One members. This means that one has to pay for Google One subscription to get the Pixel-specific Google Photos features on any other Android phone. Also Read: Is Apple working on its first Foldable iPhone?

One of the most interesting features that has recently reached the Google Photos app is called Portrait Light. The app will add an independent light source in the photo frame and adjust lighting effects accordingly by using Google’s smart algorithm.

As per rumors,  Google is also bringing its redesigned photo editor to iOS platform, which debut on Android platform last September. The Pixel-exclusive editing features will reach non-Pixel phones through Google One subscription.

To recall, Pixel users won’t be require to pay for accessing these edit tools. The pixel users will get to use such features for free. Initially, Google offered unlimited cloud storage in Original Quality with Pixel smartphones in the early years but cancelled it later for newer Pixel devices. Also Read: Is OnePlus trying to move the Selfie Camera somewhere else? 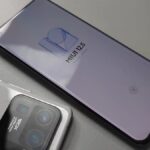 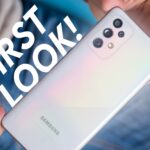