Earlier, Xiaomi launch its newest Mi 11 series, but there was no news about Ultra variant in the listings. But now it seems like Ultra variant still exists. Xiaomi will be launching Mi 11 Ultra in China in a few weeks’ time. Before launch, The Xiaomi Mi 11 Ultra has been already leak by a YouTuber. However, the YouTube video was restrict to limited viewers.

According to video leak, the video shows the entire design of Mi 11 Ultra. The video also shares all the specification of Ultra variant. The leaked video came from YouTuber TechBuff. The YouTuber shared all the attention grabbing highlights of phone. The highlights of Mi 11 Ultra includes 120x zoom system, a tiny rear display, and a massive camera hump holding one of the highly anticipated camera.

Apart from these specs, The Mi 11 Ultra also confirms to be working on Snapdragon 888 SoC. The handset comes with a 120Hz refresh rate. Also Read: Micromax to target Chinese brands with a 5G smartphone in making

According to YouTube video, The Mi 11 Ultra is powered by Snapdragon 888 SoC. The device comes with a massive 6.8-inches Quad HD+ AMOLED display technology with 120Hz refresh rate. The device also gets 67W wireless charging support.

For display protection, Mi 11 comes with Gorilla Glass Victus protection on the front. The smartphone is list on BIS certification, with a model number of “M2102K1G“. The device has also been listed on European Union’s EEC Certification.

The Mi 11 Ultra will have a large camera back hump. The camera hump is as big as one in Poco M3. There is a 50-MP sensor on main camera, a 48-MP sensor for ultra wide camera. The periscopic telephoto camera gets a 48-MP sensor. The camera is support by 120x hybrid zoom system. Also, there exist a 20-MP selfie camera in front.

Beside the camera setup, there exist one tiny rectangular display. This tiny screen could be used as a secondary viewfinder. This concept is similar to the dual-display Vivo NEX concept smartphone. According to video, the UI appears to be inconsistent but it seems to run on MIUI 12.5 Global build.

Other leaked features of Mi 11 Ultra includes an IP68 rating, stereo speakers tuned by Harman/Kardon. The handset rely on a 5000mAh battery and will gain its power from 67W fast wired charging. The smartphone can be charge both wire as well as wirelessly. Also, Mi 11 Ultra provides support for 10W reverse wireless charging. The device will come in two color options including Black and White.

All these leaks are based on video from TechBuff, YouTube channel. According to rumors, Xiaomi is likely to add the Mi 11 Pro and Mi 11 Ultra to its flagship Mi 11 lineup this year. However, we don’t have any official launch date up front. Also Read: Xiaomi set to launch wide range of audio products in India 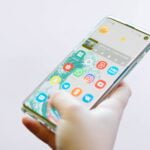 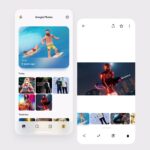