The all new Xiaomi Mi 11 Lite 5G launches as a toned down version of Xiaomi Mi 11. The device comes with almost similar design elements. The smartphone features a 6.55-inch AMOLED Display along with 90Hz refresh rate. It is powered by Qualcomm Snapdragon 780G SoC. This chipset will make its debut with this handset. Additionally, this smartphone comes with two possible variant: 8GB RAM/ 128GB of native storage and 8GB RAM/ 256GB of native storage.

For cameras, the smartphone comes with triple rear camera setup. These three camera includes a 64-MP Primary sensor, an 8-MP ultra-wide sensor and a macro lens. For selfies, the smartphone supports a 20-MP front shooter. The camera comes with some additional features including portrait mode, Super Night mode, HDR and other camera features.

Additionally, this toned-down variant is backed by 4250mAh battery along with 33W fast charge support. The device runs on MIUI 12.5 which is based on Android 11 OS. This handset is claimed to be the lightest Xiaomi smartphone. The smartphone comes with multiple color options to choose from. Also, the device comes with a side-mounted fingerprint scanner, NFC, IR Blaster and dual stereo speaker. 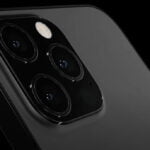 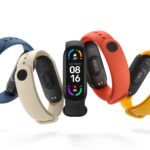