Asus officially launches its Asus ROG Phone 5. The smartphone marks its official debut through a virtual event. The new gaming smartphone is available at a starting price of Rs 49999. The device comes with key highlights including 144Hz display, 18GB RAM and dual-cell battery. Asus has also tried to bring some design tweaks with this new gaming smartphone.

The pricing for the latest Asus ROG Phone 5 starts at Rs 49999. Here is the list of pricing for other variants:

According to reports, The Gaming smartphone makers has made some important design tweaks in this new ROG Phone 5 series. The smartphone now offers a tall form factor. Additionally, the smartphone provides an interesting add-on in form of the dot-matrix technology. This technology comes built-in the smartphone. Also, The illuminated rear-end ROG logo appears in two colors and also support eight different lightings.

Also, the limited edition ROG Phone 5 Ultimate will come with a monochrome PMOLED display. The company has also tried to bring the ROG PC concept to the ROG Phone. This X Mode will allow users to set performance parameters for its CPU, GPU, display refresh rate or touch sensitivity settings.

One another major upgrade comes in form of GameCool 5 System, which comes along the new ROG Phone 5 series. The internal structure of the device is designed in such a way that PCB can be placed in middle of the device. The company claims that the new layout will improve the overall cooling efficiency.

Additionally, The new ROG Phone 5 retains the physical AirTrigger buttons. However, the upper variant including the Pro and the Ultimate version comes with AirTrigger touch sensors, which are present at the back. This AirTrigger 5 system will be used to activate actions or apps with a squeeze motion in portrait mode.

The new ROG Phone 5 series comes with 6.78-inch AMOLED display along with 1080 x 2448 pixel resolution. The display also supports 4:9 aspect ratio along with HDR 10+ display. The device will be power by Qualcomm’s Snapdragon 888 chipset. This chipset is coupled with upto 18GB RAM.

The device also comes with NTFS support for external HDD. It also includes quad microphone with OZO Noise Reduction Technology. The ROG Phone 5 packs in dual 3000mAh batteries along with 65W of fast charging technology. Additionally, the smartphone also bundles a 30W HyperCharge system out of the box. Along with smartphone, Asus has also showcase some gaming accessories. These accessories include ROG Kunai 3 Gamepad, an expansion dock, ROG clip with an adjustable arm, and lighting armor case. 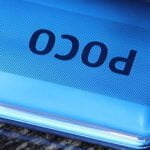 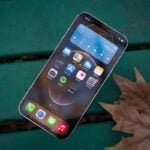