According to rumors, the upcoming smartphone from Poco is likely to be based on Poco X3 with performance based upgrades. Rumors suggest that we could possibly see the first Qualcomm’s Snapdragon 870 device in next few weeks in India. However, Poco has not confirmed any details regarding the specifications. But it is confirm that the upcoming device is likely to be the logical successor to the Poco F1. However, it is likely that the device will not belong to the Poco F-series.

According to a letter from Poco to the fans and followers, the new upcoming smartphone will focus mainly on price to performance ratio. The Chinese smartphone makers are proud of the fact that under Rs 21000 at present there is no competition to Poco F1. According to leaks, the company is likely to bring a performance based sub-Rs 30000 smartphone. The Poco officials also pointed at rising costs and taxes in the country.

Get ready for #PROformance coz ONLY a POCO can beat a POCO. pic.twitter.com/PeW2AX0ZjL

As per previous rumors, Poco is likely to bring a rebranded Redmi K40 from China. The Redmi K40 could be the logical successor to the Poco F1. Currently, Redmi K40 is the only smartphone in Xiaomi’s lineup to feature a high performance Snapdragon 870 chipset. In Chinese market, The Redmi K40 base model with 6GB RAM sells at Rs 23000.

In past also Poco has offered rebranded Redmi smartphones in both Indian and Global market. Therefore, following the foot path, Poco is likely to repeat same with it’s next performance based smartphone. However, there is no logical reason for ditching the F-series naming in India. Also Read: Poco X3 Pro is going to launch in India sooner than expected 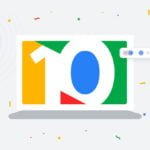 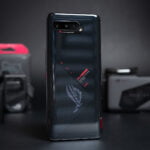