Samsung is offering this Tab A8 in three storage configuration 32GB, 64GB and 128GB. The internal storage is also expandable. Moreover, it can expand up to 1TB via a microSD card. Samsung is packing a 7040mAh battery on this latest Tab. It comes with 15W fast charging support. However, the South Korean tech giant is providing 7.5W standard charger within the box for this latest Samsung tablet. Additionally, Samsung also confirms that the tablet will be up for purchase in the US starting January 2022.

The South Korean tech giant will be offering this Galaxy Tab A8 in three colour options. These includes Grey, Pink Gold and Silver colours. Moreover, there is no information available about its international availability other than the US and European countries. Samsung did not make any official announcement about its launch in India. But Amazon India hints that Galaxy Tab A8 could launch soon in India. The e-commerce website hints at the launch of Samsung Galaxy Tab A8 India.

The all-new Samsung Galaxy Tab A8 comes in 10-inch tablet category. It sports 10.5-inch TFT display. This display gets a screen resolution of 1920×1200 pixels. It comes with an 80 percent screen-to-body ratio. The South Korean tech giant has also optimized this Galaxy Tab A8 for multitasking. With One UI interface, Samsung allows the usage of apps in split screen mode. It can be done by Drag and Split feature.

Regarding the storage option, the Galaxy Tab A8 comes with three storage options. These includes 32GB, 64GB, and 128GB storage variants. Moreover, the internal storage is also expandable. Users can also expand the internal storage by up to 1TB via using a microSD card. Also Read – Samsung Galaxy Tab S7 Lite 5G with S-Pen support, dual rear camera and more

Under the hood, the Samsung tablet packs in an unnamed octa-core chipset. This chipset is clocked at 2.0GHz clock speed. Samsung claims that Galaxy Tab A8’s CPU and GPU have each been increase by 10% to deliver faster, smoother performance without frustrating lagging. This chipset comes in pair with up to 4GB of RAM. The complete hardware is back by a 7040mAh battery. Moreover, this battery supports 15W fast charging over USB Type-C.

For connectivity options, the Samsung Galaxy Tab A8 supports LTE connectivity. It also comes with dual-band Wi-Fi, Bluetooth 5.0 support. The tech giant also confirms that the Galaxy Tab A8 is equipped with a 3.5mm headphone jack. Moreover, the tablet runs on Android 11 OS along with the company’s own One UI 3.0 skin.

Moreover, the South Korean tech giant also provides introductory offers with the Galaxy Tab A8. The South Korean tech giant confirms that the customers who purchase the Galaxy Tab A8 will be eligible to access Samsung TV Plus directly on the tablet. To recall, this Samsung TV Plus offers access to over 200+ free channels including live and on-demand content. Additionally, the new Samsung Tab owners will also receive access to two months of YouTube Premium for free. 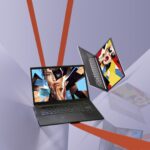 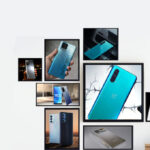