Microsoft is offering this Surface Duo 2, the foldable smartphone in two colour options. These colours include the Obsidian and Glacier colours. Meanwhile, the tech giant has not revealed whether this foldable mobile phone will be made available in India or not.

The all-new dual screen phone comes with a list of improvements over the original Surface Duo. To recall, the first-generation Microsoft Duo was more like a concept phone in the market. Although, there aren’t any major design changes in the latest foldable phone.

Microsoft Surface Duo 2 comes running with Google’s Android 11 Operating system out of the box. The device supports a dual 5.8-inch Pixel Sense displays. Combining, these displays make a larger 8.3-inch viewing experience, when the device is unfolded. Additionally, it also gets a glance bar which lets users to check all the notifications whenever the smartphone is folded. Using this Glance Bar, users can also check the battery charging levels while charging, without unfolding the phone.

In this camera department, this is a major upgrade over the single rear camera is the original model. The rear camera also accompanies a time-of-flight (ToF) Sensor and an LED flash. For selfies, the Duo 2 comes with a 12-megapixel selfie camera at the front. Also Read – Asus ZenBook Duo series launches with 11th Gen Intel Chipset

For connectivity options, the Microsoft Surface Duo 2 includes 5G, 4G LTE, Wi-Fi, Bluetooth, GPS/ A-GPS. It also gets NFC, and a USB Type-C port. Additionally, the smartphone also comes with a dedicated cover. This can attach to the Surface Slim Pen to enhance the user experience. Furthermore, for security, the Microsoft Duo 2 comes with a side-mounted fingerprint scanner.

The dual-screen Microsoft Surface Duo 2 is designed in such a way that two apps can run simultaneously. Additionally, Microsoft also claims that the company is working with various developers and gaming channels. This will allow to bring more than 150 games which will be optimised for the dual screen. Some of the games include Asphalt Legends 9, Modern Combat 5, and Dungeon Hunter 5. The company has also promised to come up with more optimizations. With these optimizations, the smartphone will allow sharing information between two screens. It will also allow spreading a single app across them. 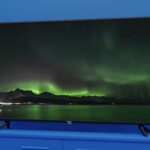 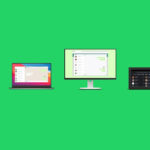