Microsoft has officially launched its new Surface Laptop 4. This series of laptops are power by both 11th gen Intel Processors and AMD Ryzen 4000 series processors. The new laptops are offered in two display sizes of 13.5-inch and 15-inch. Microsoft Surface Laptop 4 series is available for sale in US, Canada and Japan starting from April 15th. However, the company did not reveal anything about its India availability. Additionally, There is no information about which variant will be launching in India.

The new Surface Laptop 4 with AMD variant starts at USD 999 which is approximately Rs 56150. Whereas, the model with Intel processor comes with a price tag of USD 1299 which is approximately Rs 73030. If compare with previous generation laptops, the current pricing is reportedly high. The price difference is because previous generation AMD power laptops uses Zen 2 based chips, instead of latest 5000 series processor, which are bit costly.

The Redmond based tech giant claims that the latest series comes with improved processors. These processors can provide upto 70 percent improved performance. The Surface Laptop 4 comes with increase battery life when compared with the Surface Laptop 3. However, the new laptop series comes with same design as its predecessor. These laptop comes in two color options including the classic platinum surface style and the new ice blue color. Additionally, there are also the matte black and sandstone color options which are available in metal. According to company’s official report, the 15-inch version comes in two color options including platinum and matte black in metal. 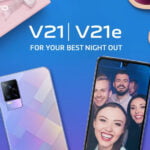 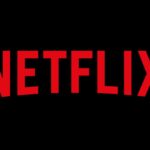