Vivo launches its Vivo 20 series few months ago. Now, the company is planning to launch its successor in coming weeks. The all new Vivo V21 series will succeed the previously launched Vivo V20 series. According to reports, the first few models of Vivo V21 series will be launching in Malaysia. Meanwhile, Vivo has revealed some key highlighting specifications of the upcoming smartphones even before the official launch. Initially, the all new Vivo V21 series will compromise of V21 and Vivo V21e smartphones. These smartphones are likely to borrow their design cues from recently launched Vivo X60 Series. As per reports, these Vivo V21 5G smartphones will get a notable upgrade in selfie cameras like OIS feature and much more.

The details about the upcoming smartphone was leaked on Vivo’s official website and Instagram pages. However, these details have been removed now. These leaks give information about the design, the models and some camera specifications of the upcoming smartphone series. The leaks share that unlike Vivo V20 series, the Vivo V21 smartphones are likely to get 5G connectivity and may get some incremental upgrades in selfie camera segment. The Chinese smartphone makers are likely to add an OIS system to its Vivo V21 5G selfie camera.

The V series smartphones has always been selfie centric smartphone series. Therefore, this year to give a major upgrade, Vivo is adding an Optical Image Stabilization (OIS) to the 44-MP single selfie camera on Vivo V21 5G. This will be much helpful for video recorders especially Vloggers, as it will allow them to record more stable video footage. At the rear, the smartphone will feature a triple rear camera system with a 64-MP primary camera sensor. This primary lens will also support OIS feature. 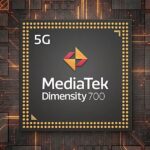 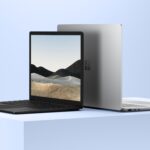