According to teaser image, The upcoming Vivo X60 and X60 Pro variants under X60 Series are likely to come with Qualcomm’s Snapdragon 870 SoC. This is the latest chipset coming from the house of Qualcomm. This chipset is a slight upgraded version of previous generation of Qualcomm Snapdragon 865+ chipset. Also Read: Vivo X50 Pro+ could launch in India along with upcoming Vivo X60 series

However, this confirms that Indian and Global variant will feature different processors if compared to Chinese variants. To recall, Chinese variant comes with Exynos 1080 chipset. Also, the X60 Pro Plus variant is likely to feature high-end Qualcomm Snapdragon 888 SoC. As per leaks, The Vivo X60 Series will launch with three models. But there are chances that Vivo X60 Pro Plus will not launch outside China.

The Vivo X60 Smartphone is the base model of the upcoming Vivo X60 Series. The smartphone is likely to come with 5G Connectivity. The X60 smartphone will feature a 6.56-inch AMOLED HDR 10+ display which comes with 120Hz of refresh rate. This display will also feature a punch-hole in the top-left corner for housing front camera. The Vivo X60 comes with 12GB RAM/ 256GB of internal storage.

The Vivo X60 packs in a 4300mAh battery along with a 33W fast-charge support. The device runs on Color OS based on Android 11. Additionally, for security, the device will feature an in-display fingerprint scanner along with Face unlock and more. Also Read: iQOO 7 tops as AnTuTu release listings for February 2021

The Vivo X60 Pro Plus comes as the top-notch premium member of X60 Series. The device is power by Qualcomm’s Snapdragon 888 chipset. This chipset is coupled along with upto 12GB RAM/ 256GB of internal storage. Additionally, the device comes with a quad-rear camera setup. This camera setup may include a 48-MP main camera sensor, along with 50-MP ultra-wide angle lens, a 32-MP portrait lens and an 8-MP periscopic lens. For selfies, the front camera comes with a 32-MP camera sensor.

The Vivo X60 Pro Plus packs in a 4200mAh battery which is supported by a 33W fast-charge support. The device runs on Color OS based on Android 11. For security, the device packs in similar security features as its younger siblings Vivo X60 and X60 Pro. The official pricing for the Global variants of all these three models under Vivo X60 Series are still unknown. But we can expect all these smartphones to fall under Rs 50000. 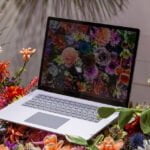 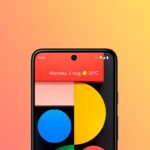