According to reports, the upcoming Apple iPhone 14 Pro and the iPhone 14 Pro Max will be coming with hole-punch screen design instead of notch. To recall, the latest iPhone 13 models are seen with notch style design. The report further suggests that base Apple iPhone 14 variant will continue to get notch style display. Moreover, the Cupertino based tech giant is also planning to launch three new variants under the Apple Watch series. As per reports, the Apple Watch series successor will be launching in the second half of 2022. It is also possible that Apple Watch could launch alongside the iPhone 14 range.

A report on Korean website, The Elec suggests that the upcoming iPhone 14 Pro could launch with a 6.06-inch display. Whereas, the iPhone 14 Pro Max could feature a 6.7-inch display. The report further suggests that the Apple iPhone Pro models could feature a hole-punch display. This means that the upcoming iPhone models will be shifting from the notch to hole-punch like designs. To recall, this notch design is already available with the current generation iPhone 13 Pro and iPhone 13 Pro Max models.

What is hole-punch design?

In the hole-punch display design, the display will essentially get a small circular cut out. This cut out will be place on the top side of the phone screen. Moreover, this cut out will also accommodate the selfie camera. A similar design can also be seen on many current generation Android phones. The list of Android phone with hole-punch includes Samsung Galaxy S21, Realme GT 2 Neo, OnePlus 9 Series and many other flagship devices. Now, the Cupertino based tech giant is planning to adopt a similar design strategy. Hence, we can expect Apple to follow the same strategy for its upcoming iPhone Pro models. Keep in mind, these all are very early reports. Therefore, we suggest you to take this information with a pinch of salt.

Although, interestingly this report is in line with the previous reports from the Apple Analyst Ming Chi Kuo and popular tipster Jon Prosser. Tipster Jon Prosser earlier reported that the upcoming iPhone 14 Pro models will come with punch-hole style display design. Whereas the other vanilla variant will retain the notch like design. Also Read – Xiaomi Mi MIX 4 features and specifications

Another report suggests that Apple will be integrating low-temperature polycrystalline oxide (LTPO) thin-film transistors (TFT) for the OLED panels. These OLED panels will be used on the upcoming iPhone 14 Pro and the iPhone 14 Pro Max. To recall, these panels were first introduced on the Apple iPhone 13 Pro and iPhone 13 Pro Max models. Now, Apple will once again using the same panel for its next year’s Pro models as well. These LTPO OLED panels will reportedly be coming from the house of Samsung. These displays are also likely to offer 120Hz variable refresh rate.

In a separate report, the upcoming Apple iPhone 14 Pro models will feature an under-display fingerprint scanner. This will enable the Touch ID functionality in the upcoming iPhone series. Moreover, the iPhone 14 Pro models are likely to come with a 48-megapixel rear camera setup. The rear camera setup will use ‘four-cell-merge output mode to use raw data from the 48MP sensor to create 12MP images with greater detail and less noise. 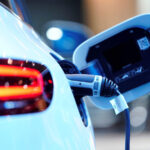 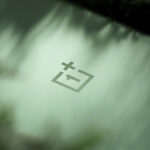