OnePlus Pad tablet is the first tablet device which is reportedly under works. The OnePlus tablet device is highly anticipated to launch in the later first half of the next year. With the launch of this OnePlus Pad tab, the company will be laying its entry into the tablet market. OnePlus is one of the highly popular brands among the mobile phone, smart TVs market. The brand also sells audio products like True Wireless Stereo (TWS) earbuds and several other wearables segment. According to reports, OnePlus is getting ready to mark its entry into the relatively new tablet market. However, there are many other market players to compete with. These brands are already offering some decent Android-powered tablet devices.

Popular tipster Mukul Sharma in collaboration with 91Mobiles shares that the all-new OnePlus Pad Tablet could be launching in India in the first half of 2022. The tipster claims that the homeland of OnePlus, China will be getting multiple variants. But, In India, OnePlus is likely to launch only one model out of them. Additionally, tipster also revealed that the first ever OnePlus Pad may not launch alongside the OnePlus 10 series. The tablet device could launch in the later first half of next year. On the other hand, the OnePlus 10 mobile phone series will be unveiled in the Q1 of 2022.

Beside the OnePlus Pad launch information, there is very little info about the OnePlus Pad tablet has leaked online. These leaks suggest that the OnePlus Tab could be mid-range tablet just like the Realme tablet. To recall, Realme Pad comes with a starting price tag of Rs 13999 in India for the base variant. This variant comes with 3GB RAM and 32GB of onboard storage along with Wi-Fi only connectivity. The Wi-Fi + LTE model of Realme Pad is price at Rs 17999. This Realme Tablet variant comes with 4GB of RAM and 64GB of onboard storage. The online report suggests that the OnePlus Pad Tablet could launch at a similar price point.

Besides OnePlus Pad Tablet launch, OnePlus is also planning to host a physical launch event on January 5 during the CES 2022. Keep in mind, the upcoming annual CES 2022 event will be taking place in Las Vegas. Although, the Chinese tech giant has not confirmed about the device which will be launching at this event. But it is highly likely that the OnePlus 10 mobile series could get launch at this event. Also Read – Oppo Pad Tablet could launch with Snapdragon 870 SoC in India next year 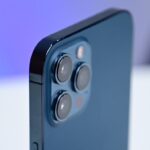 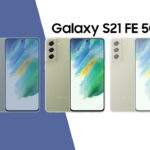