As per reports, the Realme 9 Pro smartphones have been spotted on multiple certification websites. These listings could suggest that the Realme 9 Series smartphones could launch in multiple markets. The report further reveals that the Realme Pro smartphone has been spotted on the Thailand’s National Broadcasting and Telecommunications Commission (NBTC) website. These upcoming Realme 9 mobile phones also lands on the Eurasian Economic Commission (EEC). The Realme series also appears on the Indonesian Tingkat Komponen Dalam Negeri (TKDN) website. Moreover, the Realme smartphone also spotted on the Bureau of Indian Standards (BIS) website. All these listing suggests that the upcoming Realme smartphones could launch soon in multiple countries.

The #Realme9 series is expected to launch in January or February 2022.https://t.co/CrW8LBcW5j

Earlier, the Realme 9 Pro Plus appeared on the IMEI database website. The upcoming Realme 9 series mobile appears with the model number of RMX3393. The Realme 9 Pro mobile phone is likely to get some high-end specification. Also Read – iQOO 9, iQOO 9 Pro specifications tipped online ahead of official launch

Realme 9 Pro Plus smartphone also appears on the Camera FV5 database. The details on the FV5 database suggests that the plus phone variant could support a 50-megapixel main camera sensor with an f/1.8 aperture. The listing further reveals that the Realme 9 Pro Plus will also feature a 2.6-megapixel rear shooter with f/1.8 aperture. The main sensor will also get a 72.4 horizontal degree field of view, and a 57.6-degree vertical field of view.

Additionally, the primary shooter might also sport Electronic Image Stabilization (EIS). Moreover, it will also get an ISO Range between 100 to 6400. Similarly for Exposure Range, the device might come with Exposure range between 1/10,000 to 32sec.

For selfie camera, the Realme 9 Pro Plus could sport a 16-megapixel front shooter. The listing suggests that the smartphone will offer a 4.0-megapixel sensor with f/2.5 aperture. This sensor will get a 67-degree horizontal field of view, and a 52.9-degree vertical field of view. Moreover, the front camera will also support EIS. Here, the ISO range for front camera will fall between 100 to 6400 just like the rear camera. Additionally, the exposure range would be 1/10,000 to 1/2s.

Other details about the upcoming Realme 9 series remains unknown. The upcoming Realme smartphone series is likely to launch anytime in the Q1 2022 in India. According to rumours, the Chinese smartphone brand could organize two events to launch the entire Realme 9 series. Realme could launch 2 or 3 mobile phones through an event in late January or early February. The rest of the models could launch at some other event later. Meanwhile, the company has not made any official announcement as of yet. Moreover, Realme could soon make any official announcement regarding the launch date, price of Realme 9, Realme 9 Pro and other smartphones in India. 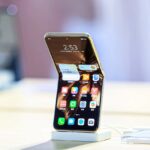 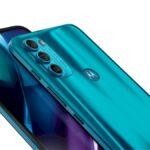