Motorola Moto G71 5G is the brand-new smartphone from the Lenovo-owned smartphone brand. The latest Motorola smartphone under Moto G Series is all set to debut in India on December 10. Ahead of the official launch, some fresh leaks have revealed the Indian pricing details for this upcoming Motorola Moto G71 5G. To recall, the upcoming Motorola handset has made its global debut in the month of November last year. The Moto G71 5G launched along with Moto G200, Moto G51 5G, Moto G41, and Moto G31 smart phones.

Some of the key highlights of Moto G71 5G includes an octa-core Snapdragon chipset with up to 8GB of RAM. Moreover, the upcoming Moto G71 5G will feature a triple rear camera setup with 50-megapixel primary sensor. Ahead of India launch, this Motorola G Series 5G smartphone is already available in European market since last November.

Recently, famous tipster Abhishek Yadav aka @yabhishekhd revealed the India price for the upcoming Motorola Moto G71 5G mobile in a twitter post. As per his tweet, the all-new Moto G71 5G price in India will start at Rs 18999. Although, the tipster did not reveal any other details about the upcoming smartphone. There is no information about the colour options, RAM and Storage configuration for the Indian variant. In Europe, the Moto G71 5G comes with a starting price of EUR 299.99 which is approximately Rs 25200.

Other Motorola smartphones in India:

The all-new Motorola Moto G71 5G is a dual-Nano SIM Android mobile phone. In India, the 5G Motorola phone will runs on nearly stock Android 11 OS. Furthermore, the smartphone sports a 6.4-inch Full HD+ OLED display along with 60Hz refresh rate. Moreover, this display gets a screen resolution of 1080×2400 pixels along with 409ppi pixel density.

Under the hood, the upcoming Motorola mobile is powered by new octa-core Qualcomm Snapdragon 695 SoC. This chipset comes in pair with 8GB of RAM and 128GB of onboard storage. Moreover, the complete hardware is backed by a 5000mAh battery along with 30W Turbo Power fast charging. 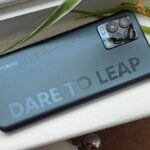 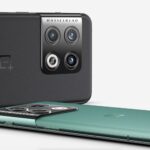