Motorola India is soon likely to unveil its next mid-range smartphone in the country. The all-new Motorola phone could be the first 5G mobile phone to launch under the Rs 20000 price bracket in India. This new Motorola Moto G51 5G phone is the company’s first model to launch with Qualcomm Snapdragon 480 Plus chipset. According to rumours, the device could support 12 5G bands in the Indian market. Beside 5G support, some of the other key highlighting features include the triple rear cameras, 120Hz refresh rate display. The smartphone could launch with up to 8GB of RAM and maximum of 128GB of onboard storage.

According to official report from Motorola India, the all-new Moto G51 5G will be launching as the next moto series mobile phone on December 10. Motorola India took it to the Twitter world and confirmed about the launch date for the upcoming Moto G51 in India. In the tweet, the company also mentions about the next generation of connectivity. However, Motorola has not revealed the official Indian pricing for the Moto G51. Although, it does confirm that the Motorola smartphone will be sold via Flipkart. The device will be made available in two colour options.

Be future-ready for the next generation of connectivity. Prepare to #GoTrue5G with the all-new #motog51! Launching 10th Dec on @Flipkart. #gomotog https://t.co/YpCGqqcKbG pic.twitter.com/ljBRbJ2u8C

Earlier in the month of November, the Moto G51 was launched as the new Moto phone in European markets. The Moto G Series phone was launched alongside the Moto G200, Moto G71, Moto G41 and the Moto G31. In Europe, the Moto G51 5G comes with a starting price of EUR 229.99 which is approximately Rs 19600.

As for the specs, the Indian variant of Motorola Moto G51 5G is likely to carry same specs as the Moto G51 Europe variant. In European variant, the Moto G51 supports 6.8-inch of Full HD+ Max Vision display. The display comes with a screen resolution of 1080×2400 pixels along with 20:9 aspect ratio. Additionally, this Full HD+ display will also get 120Hz refresh rate.

Under the hood, the 5G Moto phone comes with the Snapdragon 480 Plus chipset. This makes it the first ever Motorola device to get its power from the latest 5G Snapdragon 480 Plus SoC. This chipset comes in pair with up to 8GB of RAM and 128GB of onboard storage. The internal storage is expandable. It can be expanded by up to 512GB via MicroSD card.

The complete hardware on Motorola Moto G51 get its back up from a 5000mAh battery along with 10W standard charging solution. As for the connectivity, the Moto G51 5G also comes with 5G connectivity. The device also gets Wi-Fi 6 and Bluetooth v5.1. The 5G phone also comes with USB Type-C port for charging and data transfer.

To recall, last month, Motorola expanded its Moto G Series lineup in India. The smartphone makers launched the Moto G31 with a starting price of Rs 12999 in India. Moreover, the smartphone launched as the budget phone which comes with triple rear camera along with an octa-core MediaTek Helio G85 SoC. The Motorola smartphone also gets a hole-punch display design. 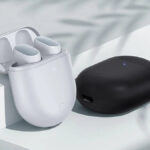 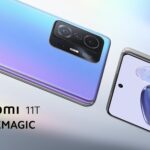