Motorola is reportedly working on the all-new Moto Tab G70 tablet. This suggests that the launch could be just around the corner. Moreover, the latest Motorola tablet has been recently spotted on the Bureau of Indian Standards (BIS) website. Thus, hinting at an imminent launch of the device in Indian market soon. Additionally, the tablet also appeared on the Google Play Console and Geekbench website.

The Lenovo-owned brand recently launched the set of Moto G Series budget smartphones. The price for these Moto G Series smartphones starts at around EUR 199.99 which is approximately around Rs 16000. As per previous posts, the Lenovo-owned tech giant is also gearing up for the launch of Motorola Moto G51 5G smartphone in India. As per reports, the Moto G51 5G could launch on December 10. Also Read – Latest budget smartphone Motorola Moto G20 launches with 90Hz display

To recall, the Lenovo-owned smartphone brand showcased its first ever Moto Android tablet in the month of September. At that time, the company launched the Motorola Moto Tab G20. This device comes with an octa-core MediaTek Helio P22T processor. This chipset comes in pair with 32GB of onboard storage. Now, the company is all set to launch the Moto Tab G70. Moreover, the listings on the Google Play Console and Geekbench also suggests for some of the key specifications. These details are confirmed by the popular tipster Yash aka @i_hsay

According to tipster Yash, Motorola Moto Tab G70 has been spotted on Bureau of Indian Standard (BIS) website along with 4G/ LTE connectivity. The tipster reveals that the upcoming tablet shares similar specs as the Lenovo Tab P11 Plus. Currently, there is no information whether the tablet will be launching in India. The Lenovo-owned smartphone brand is yet to make any official announcement regarding its launch.

Motorola’s tablet also appeared on the synthetic benchmarking website, Geekbench. Moreover, the device appears with the moniker Motorola Moto Tab G70. On this benchmarking website, the latest tablet achieves a single-core score of 475 points and a multi-core score of 1569. The listing further reveals that the upcoming Moto Tab G70 could launch with “P11” motherboard. This is an octa-core processor which will come in pair with 4GB of RAM.

Another tipster name Abhishek Yadav aka @yabhishekhd confirms about the details of the Motorola Moto Tab G70. He took it to the Twitter and tweeted about the detailed listing of the upcoming Motorola Tablet on the Google Play Console. This Google listing also reveals some of the key specifications of the upcoming device. Also Read – Nokia G20, the new budget Android phone launches in India

According to tipster, the all-new Moto Tab G70 will support WUXGA+ display along with 2000×1200 pixels of screen resolution. This device is likely to get its power from the MediaTek Kompanio chipset. On the Google listing, this Motorola tablet appears with the model number of MT8183A. The latest tablet is also likely to come with single 4GB RAM variant. Moreover, it is tipped to run on Android 11 OS out of the box.

To recall, Motorola announced its first tablet in form of Moto Tab G20. This Motorola Moto Tab G20 comes with a price tag of Rs 10999 in India. Moreover, the tablet runs on Android 11 OS out of the box. It comes with an 8-inch HD+ IPS LCD display. This display gets a screen resolution of 1200×800 pixels. Moreover, the display also comes with TDDI technology. It gets 16:10 aspect ratio and has a screen to body ratio of 85 percent.

The Motorola Tablet is powered by MediaTek Helio P22 SoC. This chipset comes in pair with 3GB of RAM along with 32GB of in-built storage. This storage can be further expanded via microSD card slot. It can also use up to 2TB of microSD card for storage expansion. For optics, the tablet includes a 5-megapixel autofocus rear camera and a 2-megapixel front camera for selfies and video chat. The complete hardware gets its back up a 5100mAh battery along with standard charging option. 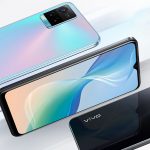 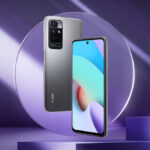